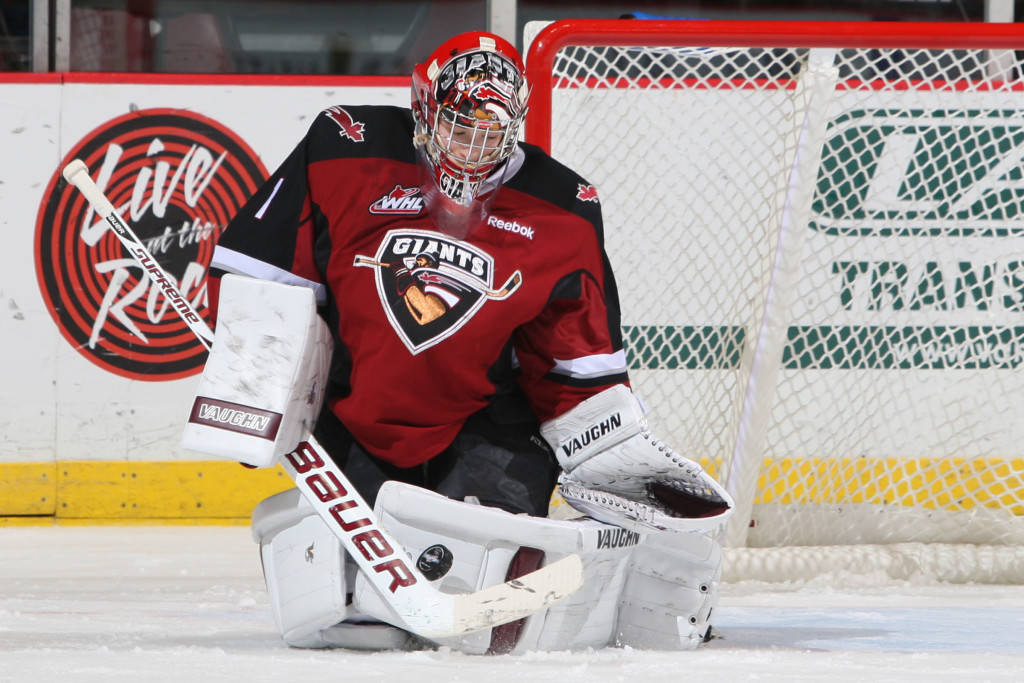 A very solid effert, but a loss in Calgary for the Vancouver Giants on Sunday.  The Hitmen sweep the two game series with the Giants winning 5-4.

Down 4-2 early in the 3rd, the Giants battled back to tie the game on goals by Jackson Houck and Brett Kulak, only to have Brady Brassart score the game winner at the midway mark of the 3rd on a power play. Brassart finished the game with two goals and was named first star.

Kulak was the best Giant, with a goal and 2 assists, playing his best WHL game in the building that houses the Calgary Flames, who drafted Kulak last June.

Riley Kieser and Cain Franson also scored for the Giants who were outshot in the game 34-26.

The Giants played without captain Wes Vannieuwenhuizen.  He suffered a broken finger blocking a shot Saturday in Edmonton and Giants coach Don Hay says he will miss about a month of the season.

The Giants next game is Tuesday in Medicine Hat. 530 pre game show on the Team Radio.