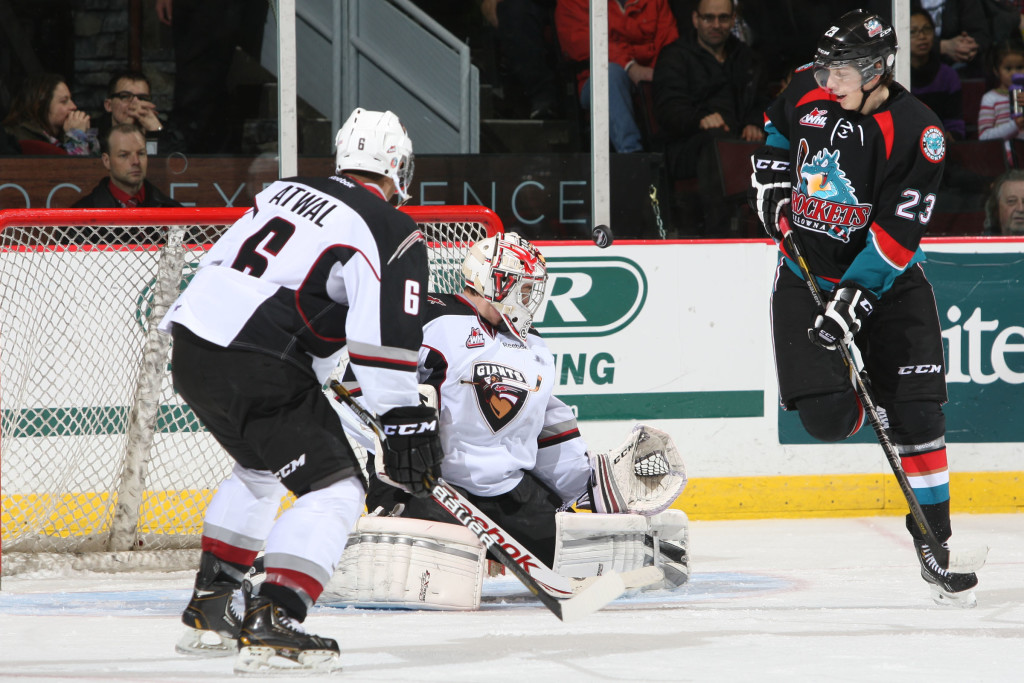 The Kelowna Rockets scored three power play goals in a 4-2 victory over the Vancouver Giants Saturday night at the Pacific Coliseum.

The Rockets had two power play goals before the end of the middle frame and added a short-handed marker early in the third period before sealing the deal with another power play goal midway through the third.

Jackson Houck had the other Vancouver goal.

Jared Rathjen made 28 saves in the game and the Giants had 24 shots on goal.