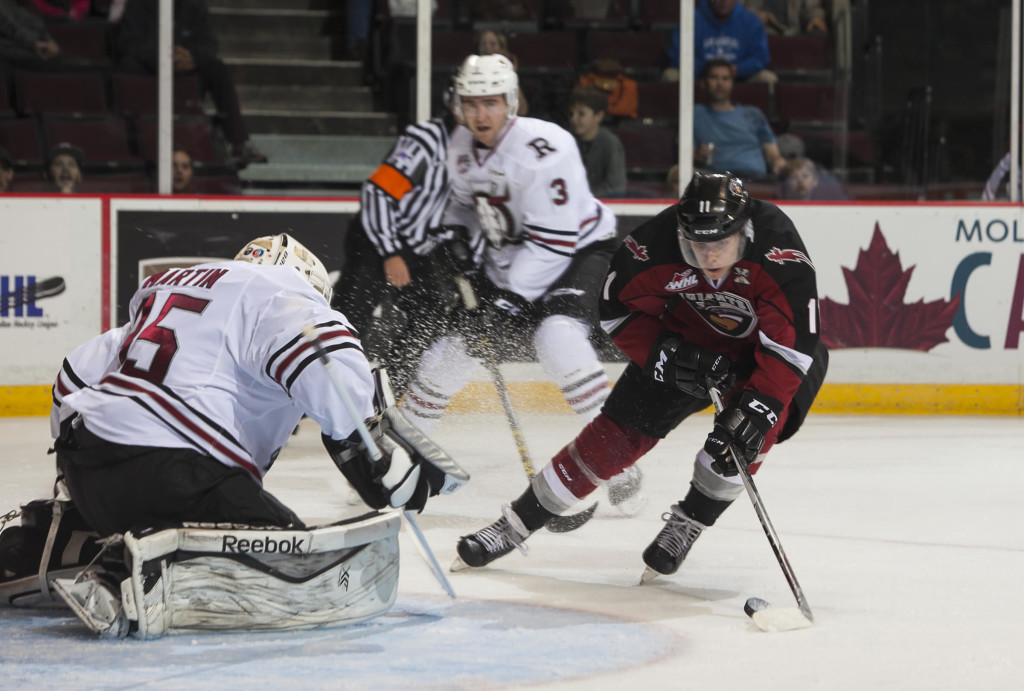 The Vancouver Giants suffered their first home loss of the 2015/16 campaign as they were defeated by the visiting Red Deer Rebels 6-4 on Saturday night at Pacific Coliseum. The Giants got goals from Jakob Stukel, Jackson Houck, Carter Popoff and Ty Ronning in the loss.

The Rebels jumped out to the early lead in the first period getting goals from Wyatt Johnson and Colton Bobyk and extended their advantage to 3-0 early in the middle frame when Brandon Hagel snuck one by the outstretched arm of Giants’ goaltender Payton Lee on a tic-tac-toe play. However, the G-Men answered back with one of their own on an incredible individual effort from Stukel who drove the net to tally his second of the year. The Giants came close to cutting the Rebels’ lead to one when Radovan Bondra rang a wrister off the post, and Ronning had a wraparound goal disallowed.

There was a flurry of goals in the third period. The Giants scored twice to tie the game as Houck and Popoff both found the net, but the Rebels responded seconds later with a goal from Lane Pederson. The G-Men tied the game again when Ronning rippled the mesh on the backhand with under five minutes remaining in the frame, but Haydn Fleury banked the puck off a Giants’ defenseman and into the net under two minutes later, and Pederson added an empty netter for the Rebels as well.

The G-Men are back in action next Friday night, October 23rd, when they host the Seattle Thunderbirds. Puck drop is set for 7:30pm. For tickets, click here or call 604-4-GIANTS.