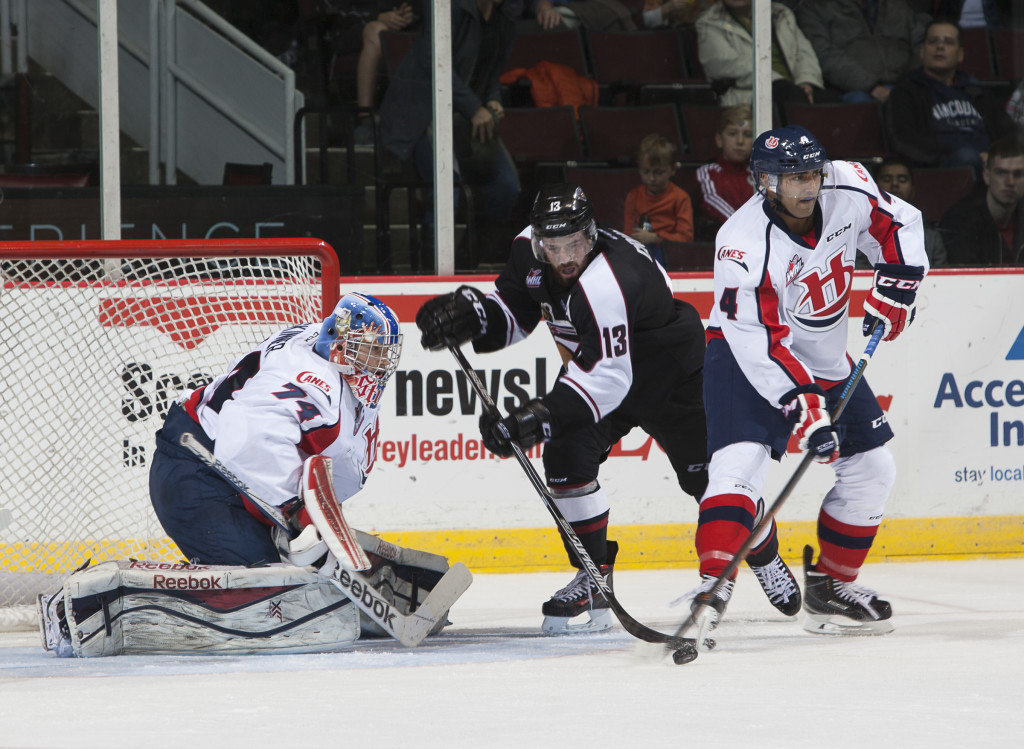 The Vancouver Giants lost their fourth in a row on Wednesday evening, falling 5-2 to the Lethbridge Hurricanes at the Pacific Coliseum. The G-Men got their goals from Haydn Hopkins and Alec Baer.

The Hurricanes potted two goals within the first five minutes from Giorgio Estephan and Tyler Wong to take an early 2-0 lead. Ryan Kubic replaced Giants’ starter Payton Lee after the second goal, but Ryley Lindgren found the net later in the period to extend the lead. The Giants got on the board late in the opening frame, cutting the deficit to 3-1 when Hopkins potted his first as a Giant past Lethbridge goalie Stuart Skinner.

The second period saw play go without a whistle for nearly ten minutes with scoring chances at both ends. Baer was robbed at the doorstep late in the period, while on the power play, but the stanza finished with the Giants still down by two goals.

The Hurricanes made it a 5-1 lead early in the third period with goals coming from Lindgren and Cory Millette. The Giants got one back late in the frame when Baer scored his second of the season.

The Giants are back in action, on the road, this Friday night when they travel to Kennewick to take on the Tri-City Americans. Puck drop is at 7:05pm.