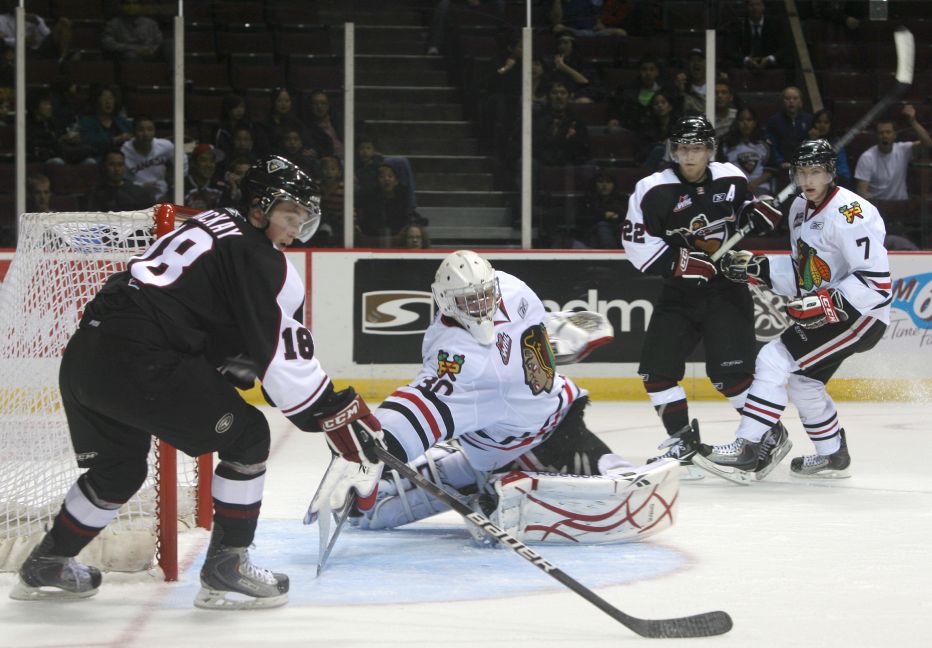 The Vancouver Giants rallied for two goals in the final period, but it wasn’t enough as the Portland Winterhawks held on to win 4-3 at the Pacific Coliseum, taking both games in the home and home series. The Giants record now falls to 1-3-0-0 on the season.

Just one goal in the first period, as David Musil scored his first of the season for the Giants, making it 1-0 through 20 minutes of play.

In the second the Winterhawks came to life. Brad Ross scored back-to-back breakaway goals 2:20 apart to give Portland a 2-1 lead. They were not done there as Spencer Bennett converted a 3-on-2 rush for his 3rd of the season to make it 3-1. Then on the power play Ty Rattie found the back of the net to make it 4-1 after two periods of play.

The Giants made it interesting in the 3rd. Neil Manning scored with the man advantage just over half way through the period to cut the lead to two and then with 2 Winterhawks in the box and Mark Segal on the bench, Brendan Gallagher scored his 4th of the season on a 6-on-3 with just 35 seconds left. Unfortunately that is all the Giants could muster, falling 4-3.

Vancouver now hits the road for a doubleheader in Prince George versus the Cougars on Friday and Saturday night. Be sure to tune into AM 650 for all the action beginning Friday night at 7:00 on the pregame show.