Giants Fall In Overtime To Tri-City 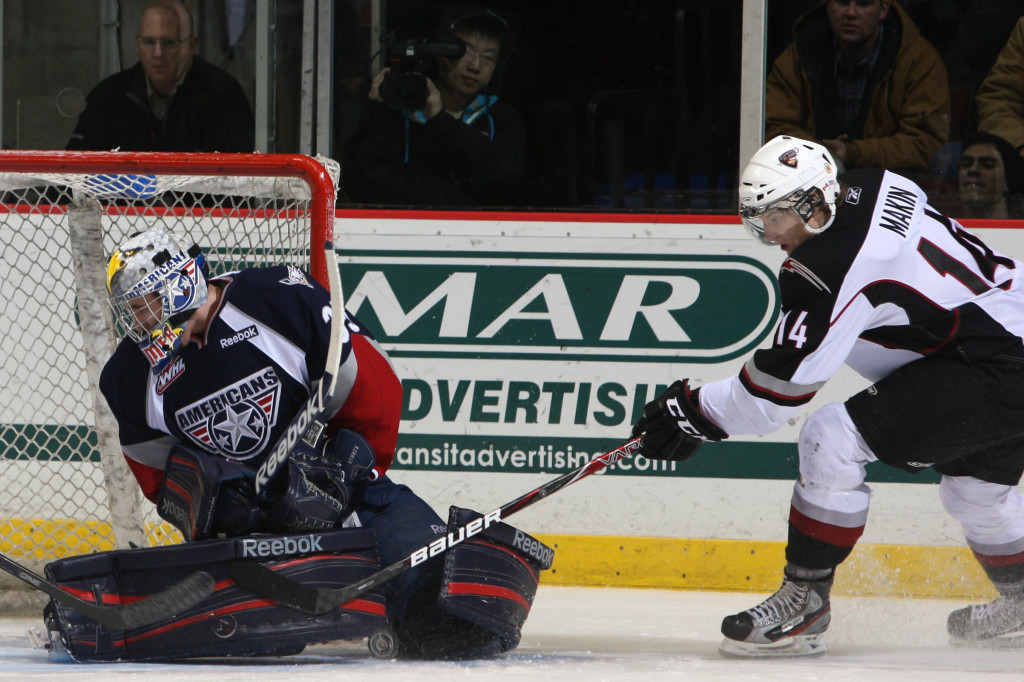 The Vancouver Giants lost 2-1 in overtime to the Tri-City Americans Wednesday night at the Pacific Coliseum on Evander Kane night. The former Giants standout was added to the club’s ‘Ring of Honour’ in front of 8,536 fans.

Wednesday marked the fourth and final meeting of the season between the Giants and Americans. The Giants opened the scoring 5:07 into the first period courtesy of Dalton Sward. It was his 11th goal of the season. That would be all the scoring in the opening frame as the Giants outshot the Americans 12-4.

In the second period, the Giants killed off two power play opportunities before finally get their first of the night. Neil Manning had the best chance, but he was stoned by Americans goaltender Ty Rimmer in close. Tri-Ciy would get on the board late in the period as Adam Hughesman banged in a loose puck to even the score at 1-1 through 40 minutes. Giants continued to dominate on the shot clock, leading 20-10 after the two periods.

The best chances in third period were for the Americans who had a 5-on-3, but they were unable to capitalize. The shots were 8-6 in favour of Tri-City in the final frame, but neither team would find the back of the net so overtime was needed.

Jordan Martinook took a tripping penalty in the extra frame giving the Americans their 7th power play opportunity of the night and this time they would make no mistake. Justin Feser scored the winner to give the Americans a 2-1 victory. Final shots were 27-20 for the Giants. Ty Rimmer stopped 26 shots earning 1st star honours. The Giants went 0-for-2 on the power play, while the Americans were 1-for-7.

The Spokane Chiefs lost 3-2 in a shootout Wednesday night, meaning nothing changes in the battle for 4th place in the Western Conference. Both the Giants and Chiefs have 79 points on the season, but the Chiefs have one game in hand.

Vancouver is back in action Friday when they play host to the Kamloops Blazers in the front end of a home and home series. Game time is 7:30 pm at the Pacific Coliseum. The pregame show begins at 7:00 pm on AM 650.