Giants Fall 5-3 to the Royals 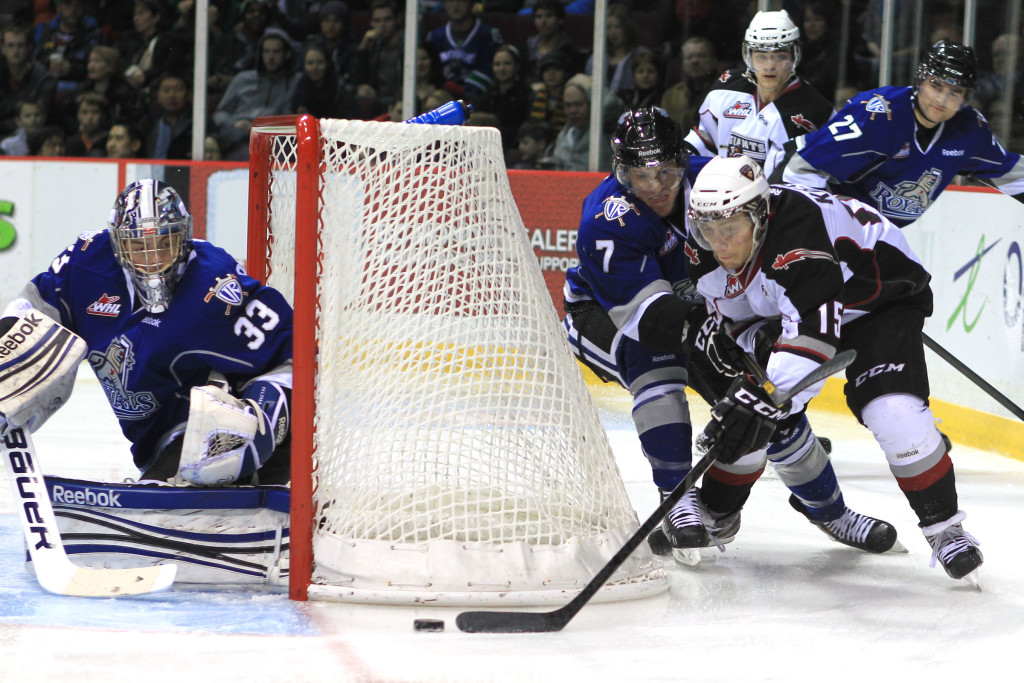 The Victoria Royals scored early in the third period to break a 3-all tie en route to a 5-3 win over the Vancouver Giants Friday night at the Save-On-Foods Memorial Arena.

Jack Walker scored 4:26 into the third period to break the tie.

Steve Hodges sealed the deal for Victoria on an empty netter with less than a minute to go in the game to give the Royals their first victory in 12 games.

The Giants were down 3-1 midway through the second period and fought back to tie the game before the end of the middle frame.

Cain Franson was the game’s second star with a goal and two assists for Vancouver.

Tyler Morrison had a goal and an assist and 15 year-old Alec Baer scored his first career Western Hockey League goal.

Giants’ goalie Jared Rathjen made 24 saves and the Giants had 31 shots on goal in the game.

Vancouver went 1-for-4 on the power play and was perfect on the penalty kill, killing off all 4 Victoria power plays.

Giants’ Next Game: Saturday March 9 vs Victoria Royals at the Pacific Coliseum, 7:00pm