Giants Fall 4-2 to the Royals 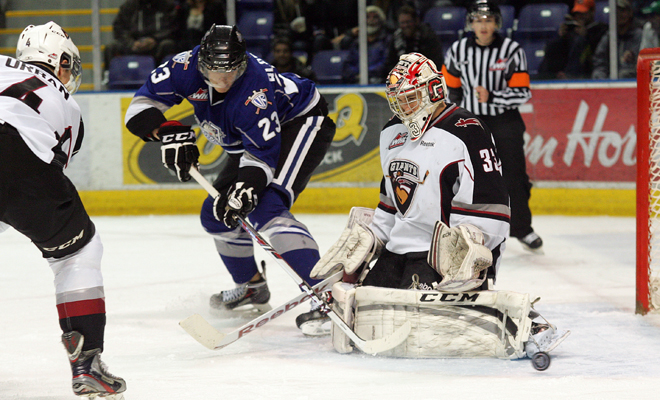 The Victoria Royals scored three goals in the third period en route to a 4-2 win over the Vancouver Giants Friday night at the Save on Foods Memorial Centre.

Taylor Crunk scored midway through the third period to break a two all tie and Brandon Magee scored an empty net goal to seal the deal for the Royals.

Cain Franson extended his goal streak to four games with a goal in the game. Trace Elson had the other Vancouver goal.

Brett Kulak had two assists, including his 100th career Western Hockey League point, and was named second star of the game.

Jared Rathjen made 22 saves for the Giants.

Vancouver went 1-for-2 on the power play and had 25 shots on goal.