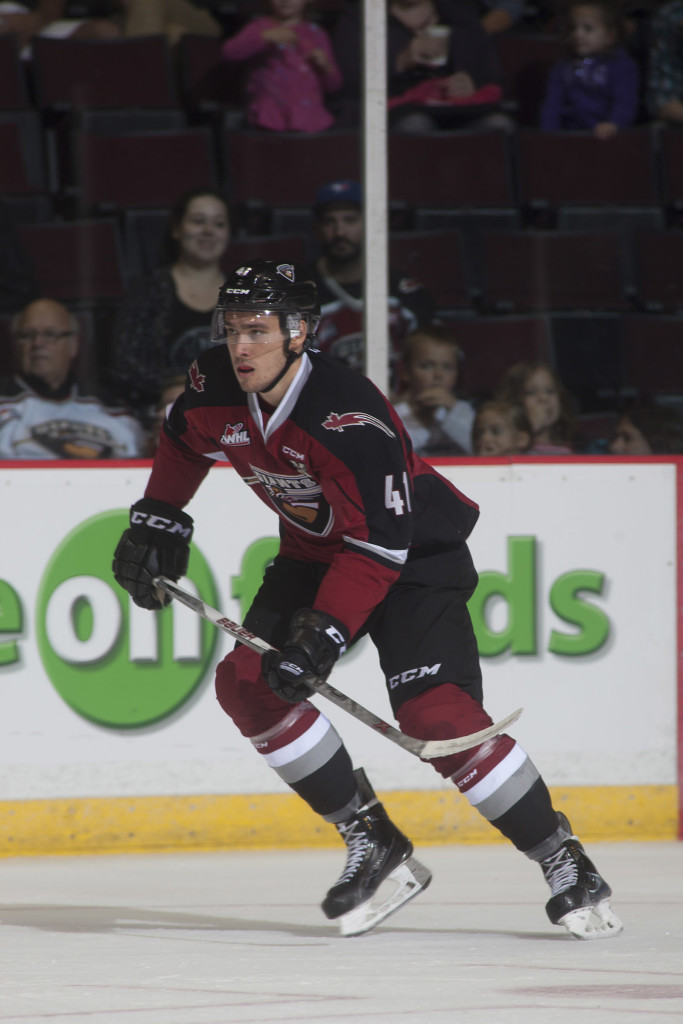 The Vancouver Giants defeated the Tri-City Americans 2-1 on Friday night at Pacific Coliseum. The G-Men got goals from Carter Popoff and Radovan Bondra as they improved to 3-0-0-0 on home ice and 4-3-1-1 on the season.

The Americans struck first when Brian Williams scored from the slot on the power play with just over 12 minutes left in the opening frame. The Giants answered back late in the period as Popoff notched his fourth of the season on a 3-on-1, beating Americans’ net minder Nicholas Sanders on the blocker side.

Dakota Odgers and Maxwell James dropped the gloves early in the second period. Both landed a few blows and James got the takedown. Late in the frame, Bondra scored his fourth of the year from the left circle on the power play to put the G-Men up 2-1 going into the third.

The Giants carried much of the play in the third period, highlighted by Alec Baer ringing a wrister off the post. With minutes remaining, Payton Lee made two incredible stops, one with the paddle of his stick and another sliding from left to right to help secure the win for Vancouver. Lee made 26 saves in the win.

Radovan Bondra scored the Insurance Goal of the Game.

The Giants are back in action tomorrow night when they take on the Red Deer Rebels at the Rink on Renfrew. Faceoff is set for 7:00pm. For tickets, click here or call 604-4-GIANTS.