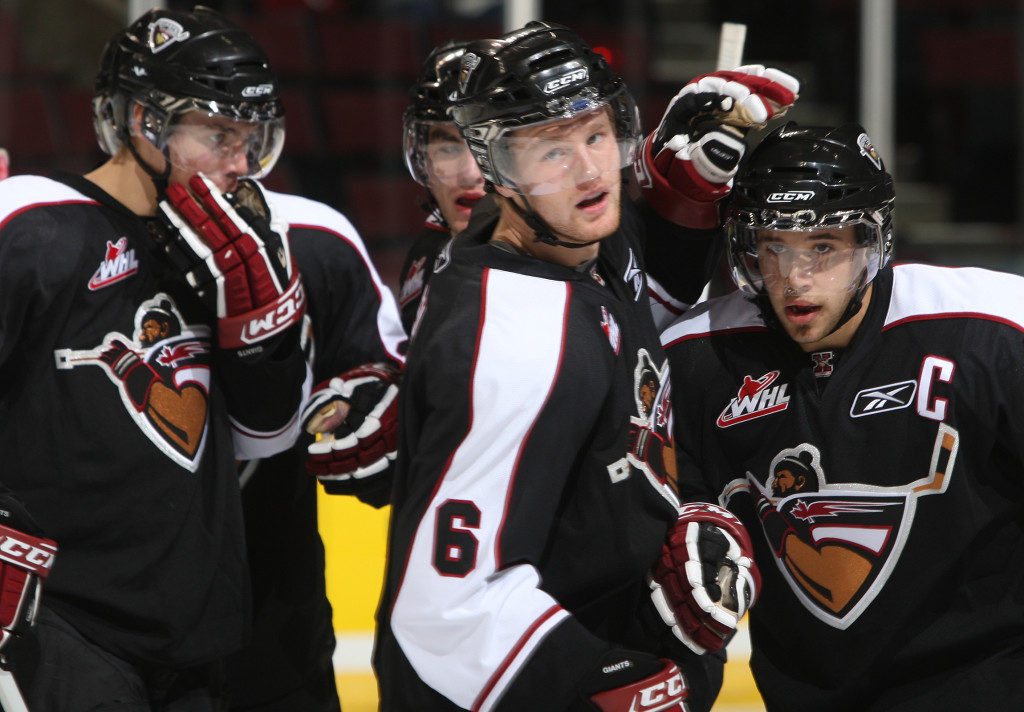 Don Hay’s 800th career game as a WHL head coach is memorable one as his Vancouver Giants defeated the Prince George Cougars 3-1. With their 5-3 win on Friday night over the Cougars and again tonight, the Giants earned the full four points and extend their winning streak at the CN Centre to 12 games.

Neither team managed to find the net in the first period as Vancouver outshot Prince George 9-4. In fact the Cougars didn’t get their first shot until 8:30 left in the first.

In the second the Cougars got on the board with a power play marker of Nick Buonassisi. His 2nd of the season with assists going to James Dowbrowolski and Brett Connolly. Vancouver struggled in the frame to engineer any offensive chemistry managing only 5 shots on James Priestner.

The third period was a different story for Vancouver. They came out flying, evening the score just 2:33 into the period. Dalton Sward banged in a rebound for his 2nd goal of the season. Less than 6 minutes later Matt MacKay put the Giants in front as he converted a Casper Carning. Marek Tvrdon would provide the insurance for Vancouver scoring his 4th of the season to make it a 3-1 game. Mark Segal made 22 saves for his 3rd win of the season, including an absolute robbery of Tayler Thompson midway through the third period.

Don Hay becomes just the 9th head coach in league history to reach the 800 career game milestone. He is in his 12th season as a head coach in the Western Hockey League. He previously coached Kamloops and Tri-City, before joining the Giants organization in 2004. He is the 4th winningest coach in WHL history with 489 career wins and only head coach to win 3 Memorial Cup Championships.

With the win Vancouver improves to 3-3-0-0 on the year. The team now returns home and gets set to take on the Kelowna Rockets next Friday at the Pacific Coliseum. Game time is 7:30pm. The pregame show begins at 7:00 on AM 650.