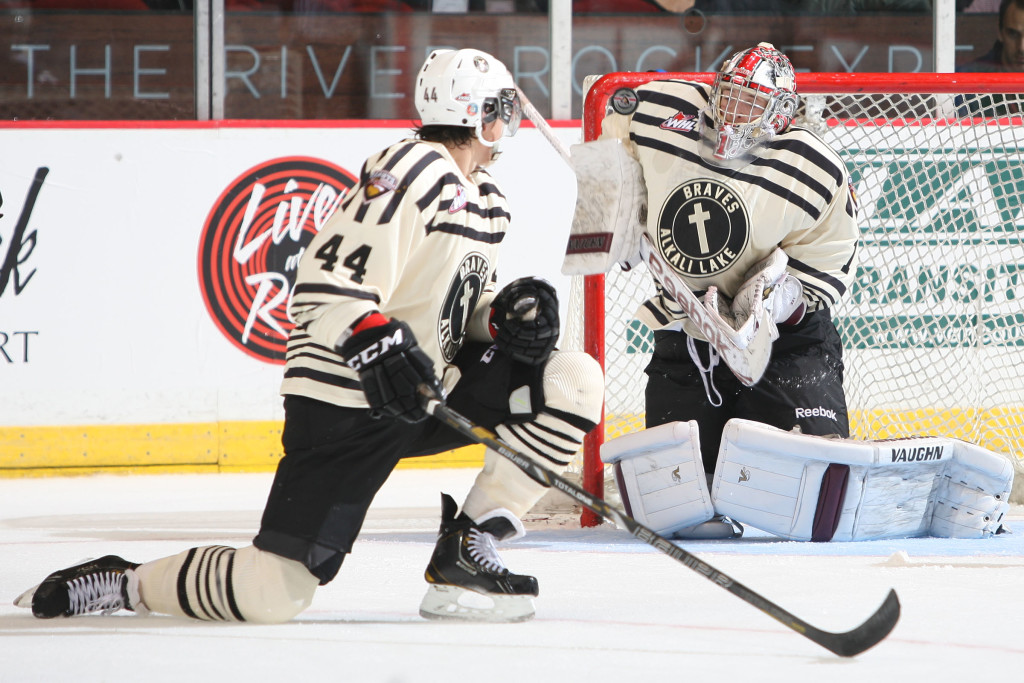 Austin Carroll and the Victoria Royals spoiled the season opener for the Vancouver Giants Friday night at the Pacific Coliseum.

Caroll scored a hat-trick for the Royals in the 4-2 victory. Logan Nelson had 4 assists on the night for Victoria and Brandon Magee had a goal and an assist.

Anthony Ast opened the scoring on the power play 4:38 into the first period. Ty Ronning, who played his first ever Western Hockey League regular season game, had an assist on Ast’s goal. Carter Popoff had the other assist. 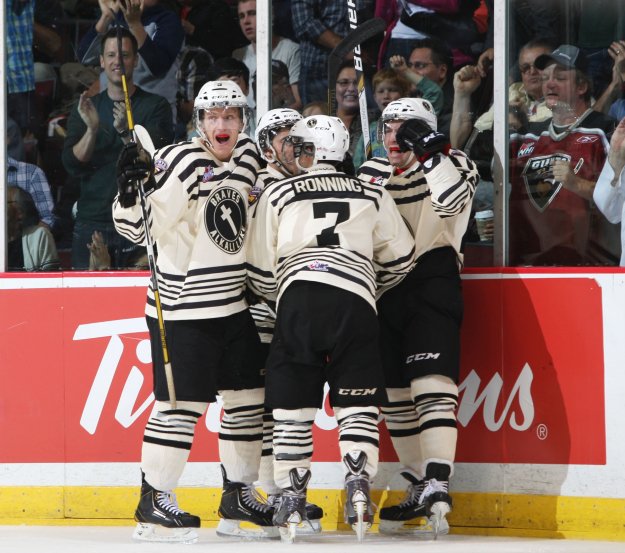 Vancouver’s second goal came at 12:41 in the third period unassisted from Tyler Morrison.

Payton Lee made 19 saves in the game and the Giants out shot the Royals 36-23.

Vancouver went 1-for-3 on the power play and was perfect on the penalty kill, killing off both Victoria power plays. 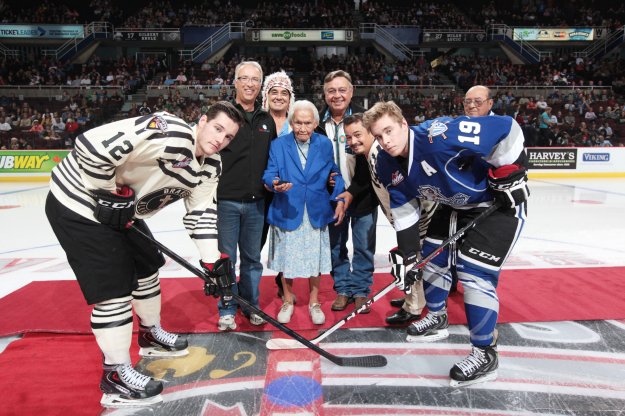 The Alkali Lake Braves were a team of First Nations who were led by Alec Antoine to a BC Northern League title in 1931. The Braves’ success earned them a chance to play against the powerhouse Vancouver Commercials. The Commercials swept the Braves in the two-game exhibition, but the opportunity to play against a professional team earned the Braves respect for their toughness and sportsmanship.

The courage that the Alkali Lake Braves displayed paved the way for players like Fred Sasakamoose, who became the first man from a Native Reserve to appear in the National Hockey League.

The “lazy cross” depicted on the crest is the brand of the Alkali Lake Ranch where most hockey players on the Braves team worked.