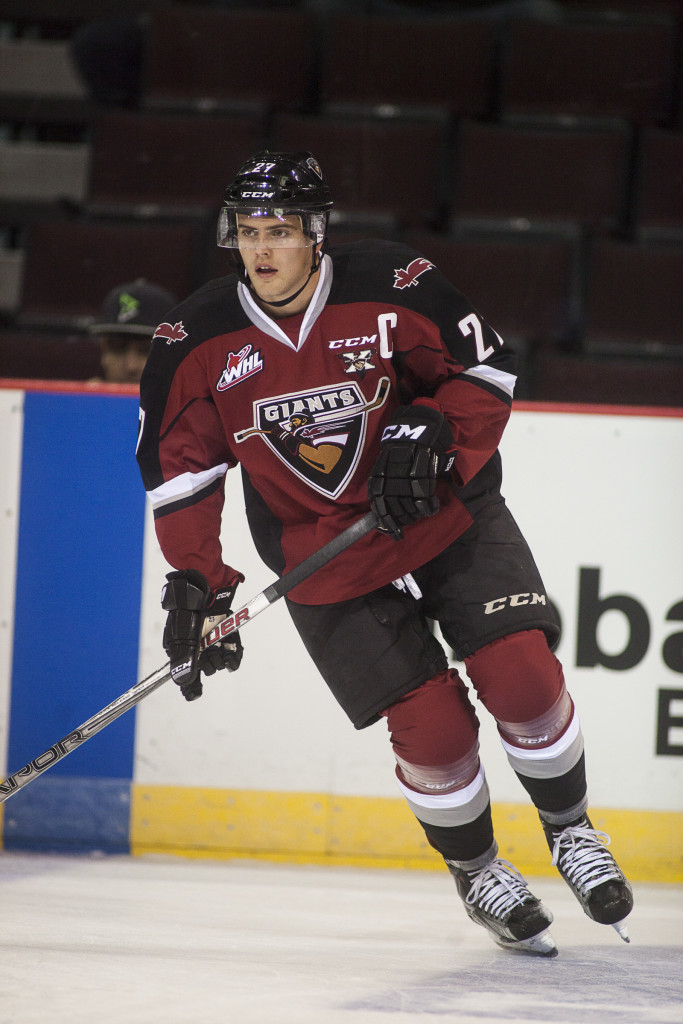 The Vancouver Giants defeated the defending WHL Champion Kelowna Rockets 5-2 on Sunday night at the Pacific Coliseum. The Giants got goals from Taylor Crunk, Dakota Odgers, Radovan Bondra, Ryely McKinstry and Jackson Houck. Vancouver is now 2-0-0-0 on the season.

The G-Men broke the deadlock with five minutes left in the first period as Crunk got his first as a Giant, scoring on a spin-o-rama at the side of the net as he banked it off Rockets goalie Michael Herringer. Odgers extended the Giants’ lead to 2-0 when he scored late in the stanza from right in front of the goal.

Less than a minute into the second, Radovan Bondra scored on a breakaway and delayed penalty after Dillon Dube hit Brennan Menell with a knee on knee hit. Dube received a major penalty and a game misconduct while Menell did not return to the game. On the ensuing powerplay, the Giants opened the game up, scoring twice with goals from McKinistry and Houck, extending the Giants lead to 5-0. The Rockets got one back on a powerplay point shot from Lucas Johansen.

The Rockets cut the deficit to 5-2 with a goal from Tomas Soustal in the third period, but that was as close as they came.

Goaltender Payton Lee stopped 23 of 25 shots in the win.

Ryely McKinstry had the Insurance Goal of the Game.

The Giants begin a six game road trip on Friday when they travel to Prince Albert to take on the Raiders. Faceoff is set for 6:00pm.