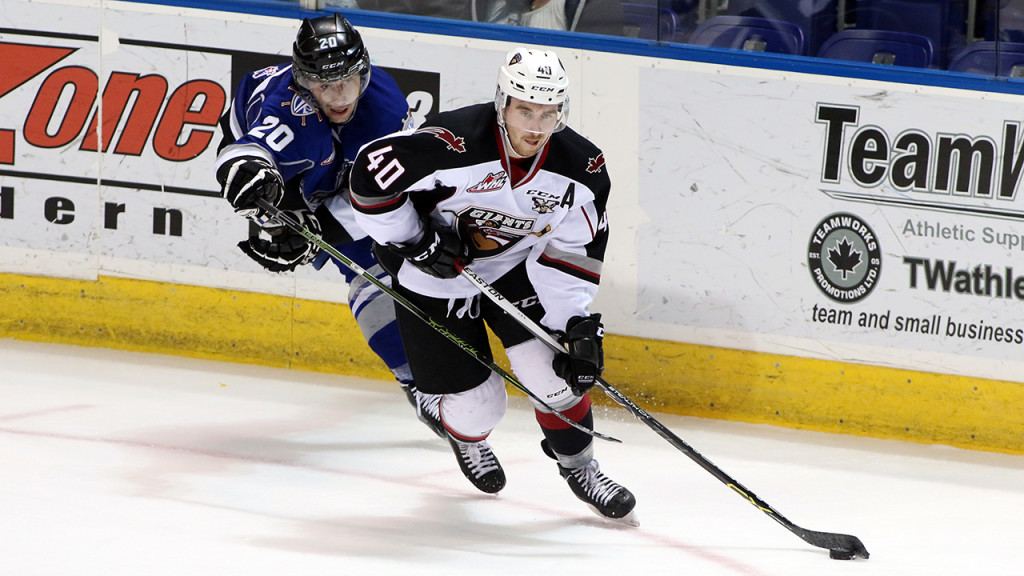 Alec Baer had two early first period goals as the Vancouver Giants skated to a 4-2 win over the Victoria Royals on Sunday afternoon at the Save-On-Foods Memorial Centre. Vancouver also got goals from Ben Thomas and Jack Flaman. The Giants have now won five of their last eight games.

Baer opened the scoring for the visitors just 35 seconds into the first period when Trevor Cox sent him down the right wing with a beautiful drop pass, and the Minnesota native buried it, going top corner on Victoria starter Coleman Vollrath. Baer extended the lead less than five minutes later, chipping a rebound towards the net that found its way across the goal line. Before the opening frame was out, Thomas added his name to the score sheet, beating Vollrath with a backhander off the rush.

Griffen Outhouse took over in the crease for Victoria in the second period, and the Royals got on the board just over six minutes into the frame when Jack Walker tallied his 12th of the season on a power play.

Ryan Kubic came up big in the third period for the Giants, making important stops on Chaz Reddekopp and Tyler Soy to keep Vancouver ahead. Flaman built on the lead when he scored his first WHL goal from the left circle with under five minutes remaining in the game. Alex Forsberg added a late power play marker to pull the Royals back to within two goals, but that was as close as they came.

Ben Thomas scored the Insurance Goal of the Game.