Giants Domniate the Royals, 7-2, in Victoria 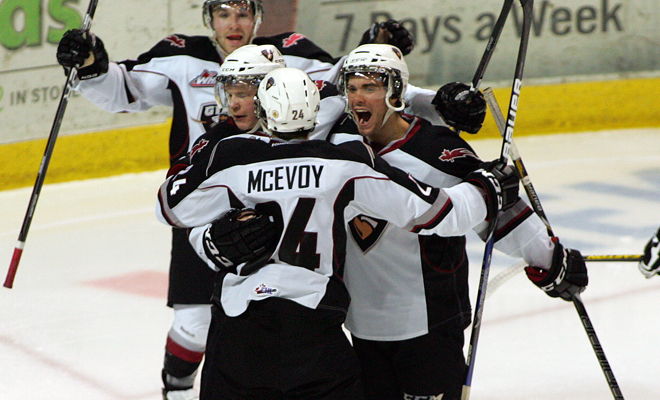 Cain Franson led the way for the Giants with a pair of goals, including the first one of the game, and an assist.

Four other Giants finished the night with multiple points; Jackson Houck had one goal and two assists, Carter Popoff had a goal and an assist, and both Blake Orban and Dalton Sward had two assists each.

Payton Lee stopped 31 shots and the Giants were 1-for-2 on the powerplay.