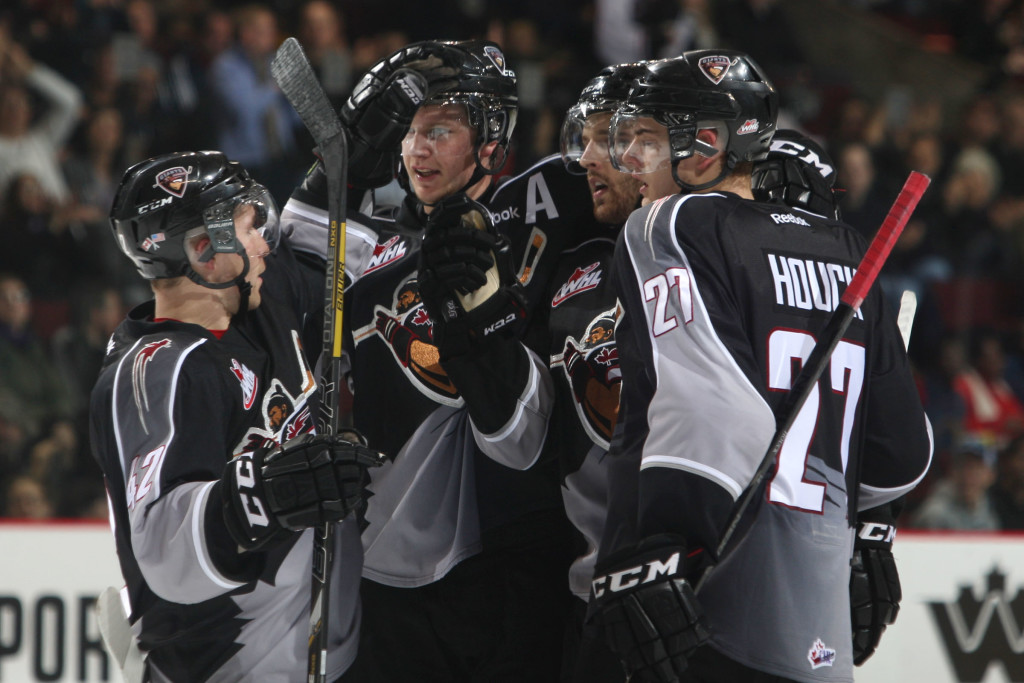 The Vancouver Giants won their first game at home with a 5-1 victory over the Kamloops Blazers Friday night at the Pacific Coliseum.

Tim Traber opened the scoring at 2:20 of the first period, notching his second goal of the season.

Giants’ captain Dalton Thrower scored the game winner in his first game at home with the Giants.

Brett Kulak had a goal and two assists on the night.

Rookies Ty Ronning, and Alec Baer had Vancouver’s other goals.

Cain Franson and Carter Popoff had two assists each in the game.

Payton Lee made 23 saves and the Giants had 38 shots on goal.