Giants Come Up Short in Kamloops 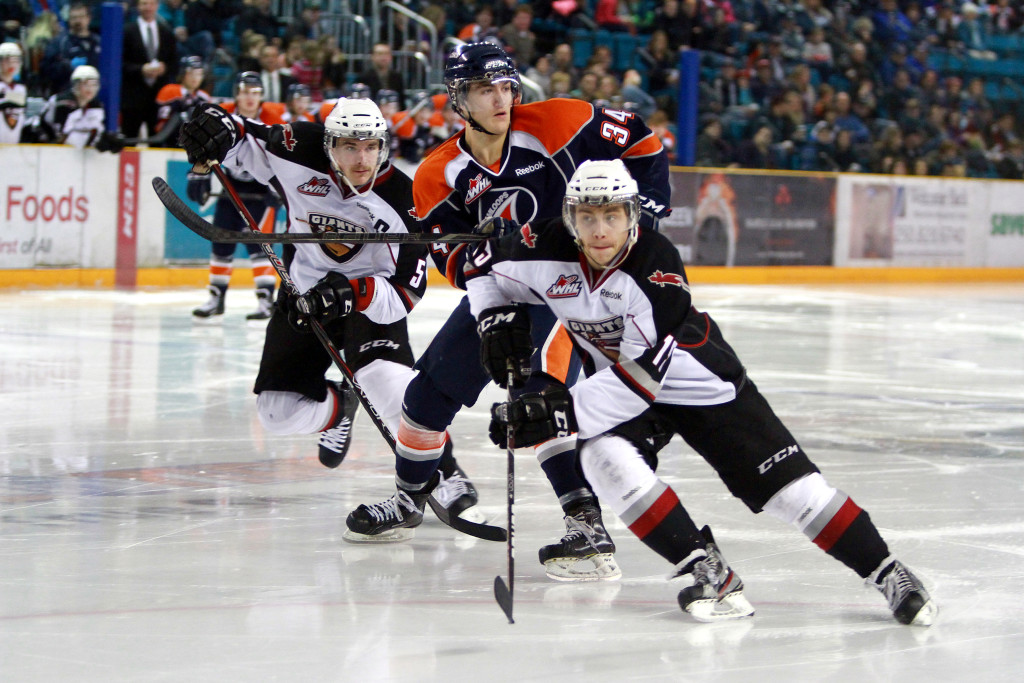 Despite another solid showing from Giants’ goalie, Payton Lee, who stopped 29 of 31 shots, the Giants were handed their 17th loss of the season.

Kamloops got the first goal on the powerplay and was led by Colin Smith who scored both goals for the Blazers in the second period.

Vancouver’s Kale Kessy had a chance on a breakaway to cut the lead to one but could not put the puck in the net.

After a goaless streak of over 155 minutes, Carter Popoff scored Vancouver’s only goal of the game midway through the third period to ruin Cole Chevedale’s shutout bid.