Giants Come Up Short in Brandon 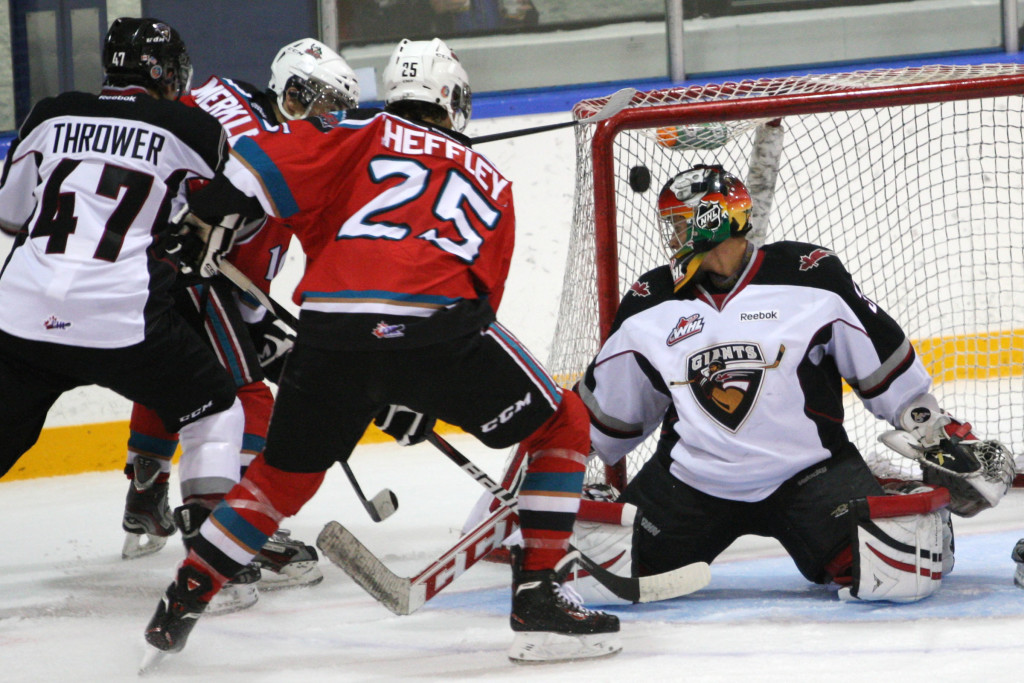 Richard Nejezchleb and John Quenneville had two goals each to help lift the Brandon Wheat Kings to a 4-3 victory over the Vancouver Giants Friday night at Westman Place.

Jackson Houck opened the scoring with his first of the season late in the first period.

The Wheat Kings came back to score three goals in the second to take a 3-1 lead going into the intermission.

Dalton Thrower scored on the power play just over five minutes into the third period in his Giants debut to pull Vancouver within one.

Anthony Ast notched his third of the season at 13:59 to cut the Wheat Kings’ lead to 4-3, which would prove to be the final score of the game.

Both Thrower and Ast had a goal and an assist on the night.

Brett Kulak and Arvin Atwal each had a fight and an assist in the game. Cain Franson, and Ty Ronning had the other assists.

Mason Geertsen also dropped the gloves against the Wheat Kings.