Giants Come Out On Top in Kamloops 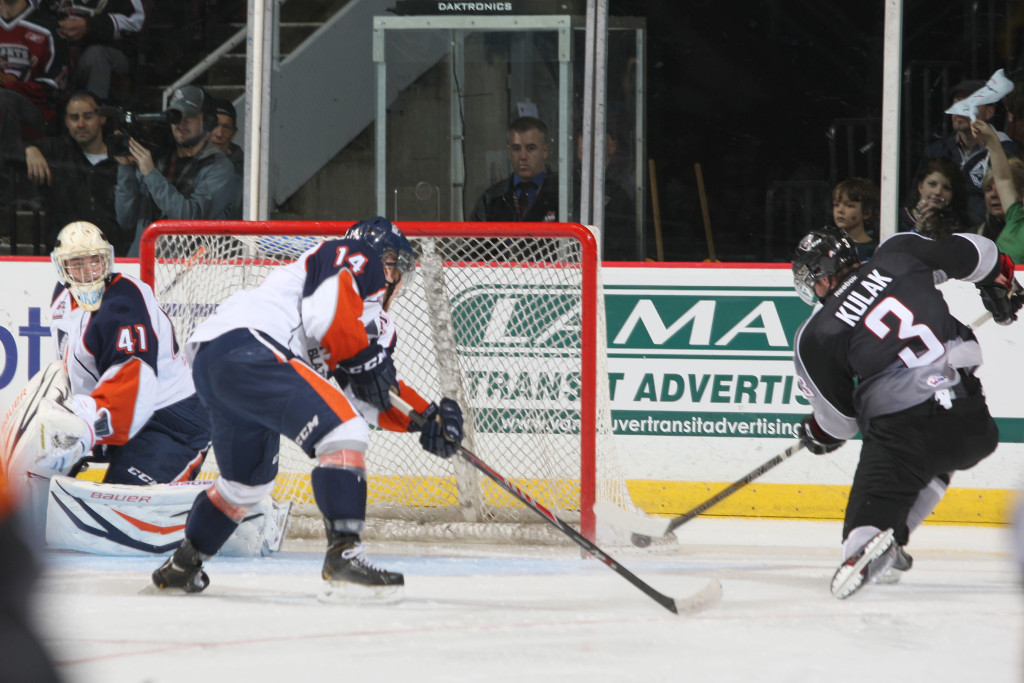 Brett Kulak scored late in the first period to break a one-all tie and help lift the Vancouver Giants to a 4-1 win over the Kamloops Blazers Sunday night at the Interior Savings Centre.

Kamloops scored just 6 seconds in to the first period but Vancouver came back and scored 4 unanswered goals to win the game.

Kulak, Jackson Houck, and Carter Popoff each had a goal and an assist in the game and were named first, second, and third stars, respectively. Tim Traber had the other Vancouver goal.

The Giants had a season-high 47 shots on goal and Payton Lee made 33 saves for the win.