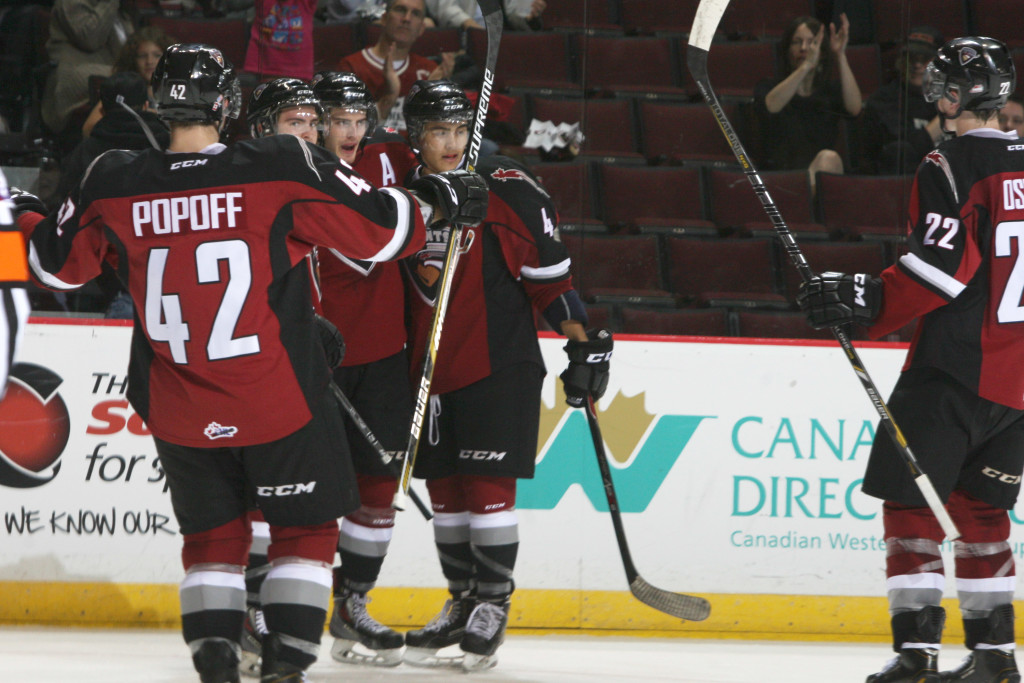 Jackson Houck and Alec Baer both had hat-tricks as the Vancouver Giants skated away with a big 9-1 win over the Prince George Cougars at the Pacific Coliseum on Saturday night. The G-Men also got goals from Matt Bellerive, Carter Popoff and Joel Hamilton to improve to 6-4 on the season.

Vancouver got out to a strong start, scoring three times in the first period. Houck opened the scoring on the power play before Baer scored twice in the opening frame, including a pretty backhander off the rush that beat Cougars goalie Ty Edmonds up high. Baer’s second marker was the IBA-West Insurance Brokers Goal of the Game.

Bellerive made it 4-0 at 12:10 of the second period with a great individual effort, ringing the puck off the goal post and into the net from the high slot. Popoff chipped in with a goal of his own before the end of the stanza to give Vancouver five-goal lead after 40 minutes.

Vancouver ran away with the game in the third, scoring four more times. Houck scored his second of the night on a power play just 24 seconds into the period before Chase Witala knocked home a rebound, netting Prince George’s lone goal of the evening. Houck scored again to complete the hat-trick while Hamilton chipped in with a power play goal, and Baer netted his third of the evening in the late stages as well.

The Giants will now head out on the road for three straight games, beginning on Wednesday night in Kamloops against the Blazers. Vancouver’s next home game is on October 29th when the Brandon Wheat Kings make their lone visit of the season to the Coliseum. For tickets, click here or call 604-4-GIANTS.