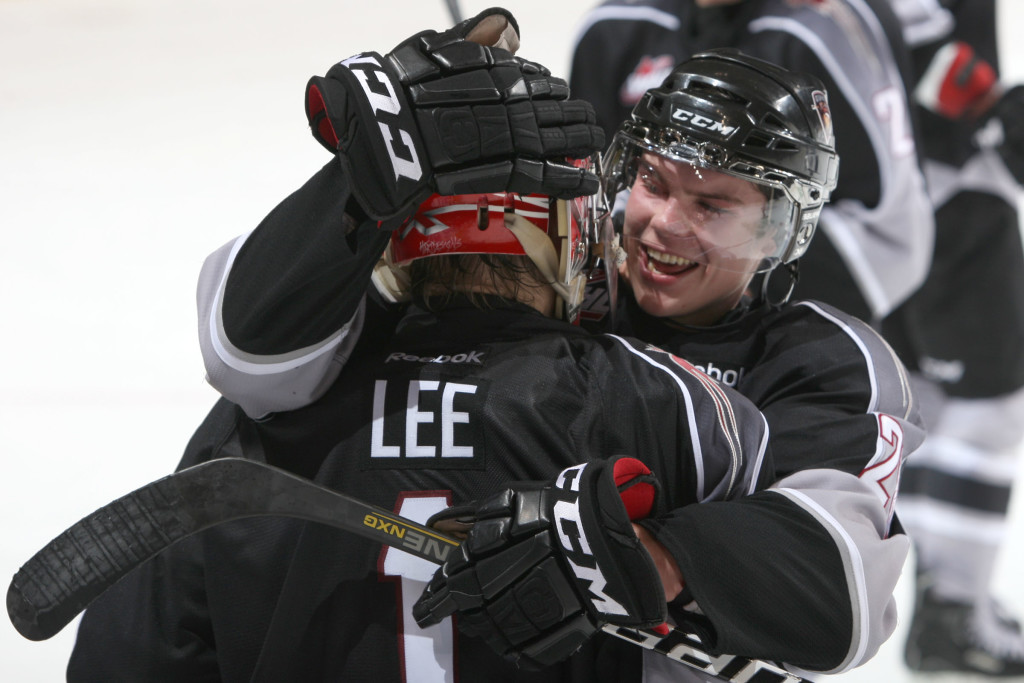 Jakob Stukel’s first WHL goal was a memorable one for the 15 year old from Surrey.

Playing in his 4th WHL game, Stukel ripped a shot over a sprawling Mac Engel at 14:47 of the 2nd period to give the Giants a 2-1 lead over the Cougars and it stood up as the game winner in a 4-1 win in Prince George.

Stukel’s goal came just after a Giants power play expired, but Vancouver did get power play goals from Cain Franson and Brett Kulak.

The other half of the special teams was even better as the Giants killed off all six Prince George power plays.

Vancouver also got a goal from Travis McEvoy while earning a split in the weekend series, ending a 3 game losing streak and collecting their first road win in over a month.

Giants’ Next Game:  The best team in the Western Hockey League, the Portland Winterhawks. That game goes Monday afternoon in Vancouver at 2:00 PM.