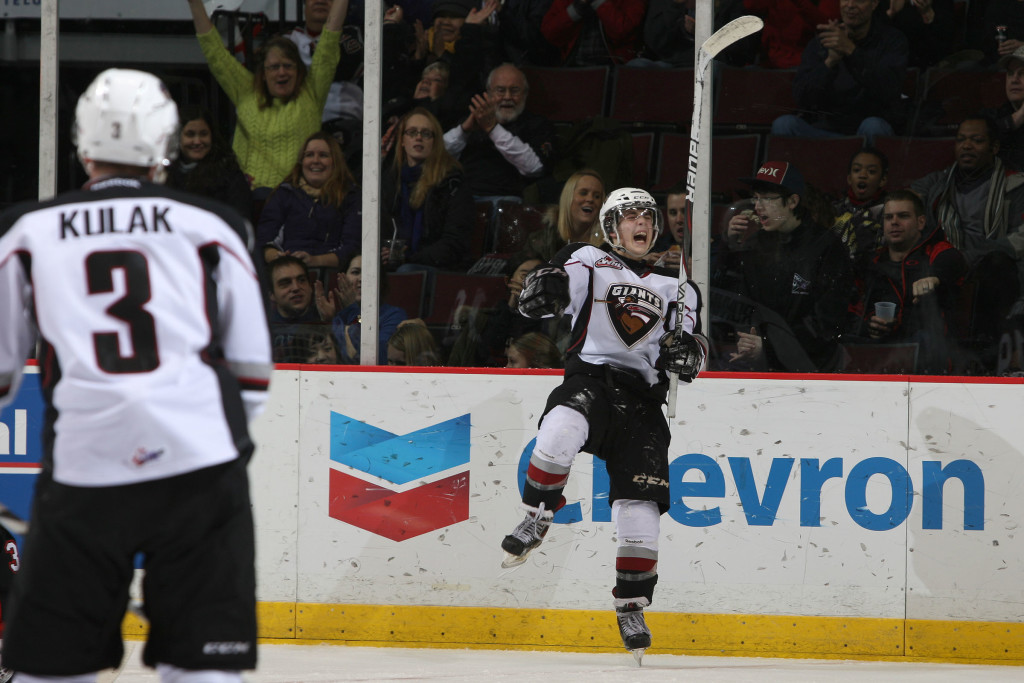 The Vancouver Giants scored five goals in the first period en route to a 6-5 win over the Prince George Cougars Friday night at the Pacific Coliseum.

Tim Traber opened the scoring just 49 seconds into the game. Seven goals were scored between the two teams before the end of the first period and the Giants went into the first intermission with a 5-2 lead.

Giants’ newcomer Dominik Volek had a goal and an assist in the game.

Jackson Houck netted his career-high 24th goal, which also proved to be the game winner.

Joel Hamilton, Ty Ronning, and Mason Geertsen had the other Vancouver goals.

Jared Rathjen made 22 saves for the victory and the Giants had 40 shots on goal.