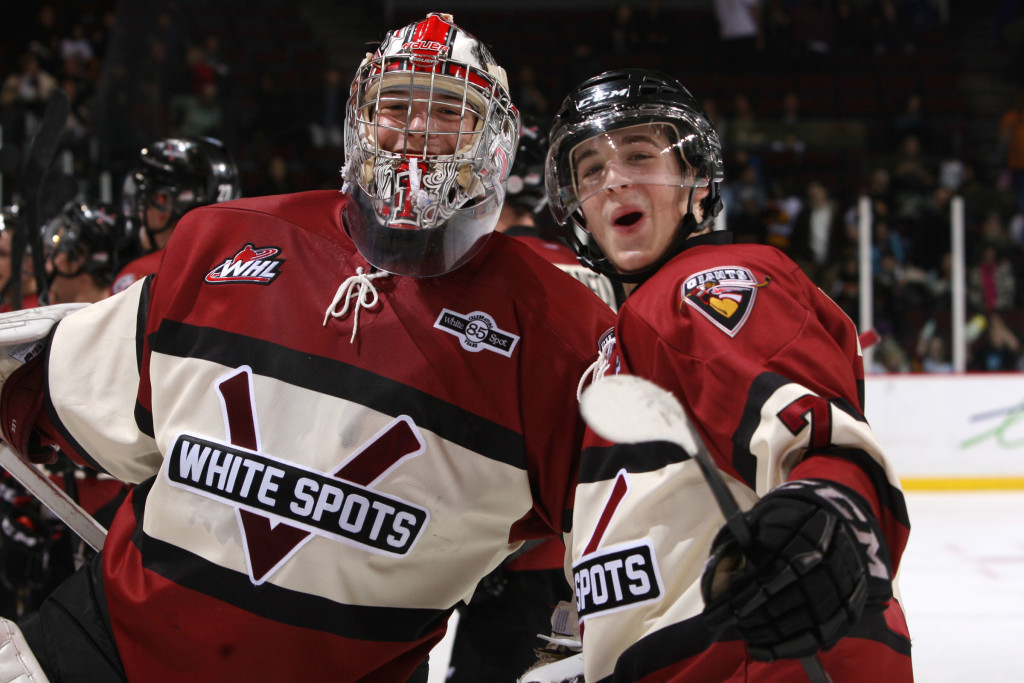 The Vancouver Giants scored 5 goals in the third period en route to a 5-2 win over the Tri-City Americans Saturday night at the Pacific Coliseum on White Spot Legends Night.

Gordie Howe was on hand for the ceremonial puck drop, and the Giants wore tribute jerseys. The jerseys honour the 1945/46 Vancouver White Spots of the Pacific Coast Junior Hockey League.

Carter Popoff opened the scoring early in the third on the power play and added two assists later in the game.

Dalton Thrower, Jackson Houck, and Cain Franson each had a goal and an assist on the night. Tyler Morrison had the other Vancouver goal.

The Giants were 2-for-5 on the power play and had 29 shots on goal.

WATCH ALL THE GAME HIGHLIGHTS HERE