Giants Beat Rebels 5-4 in the Shootout 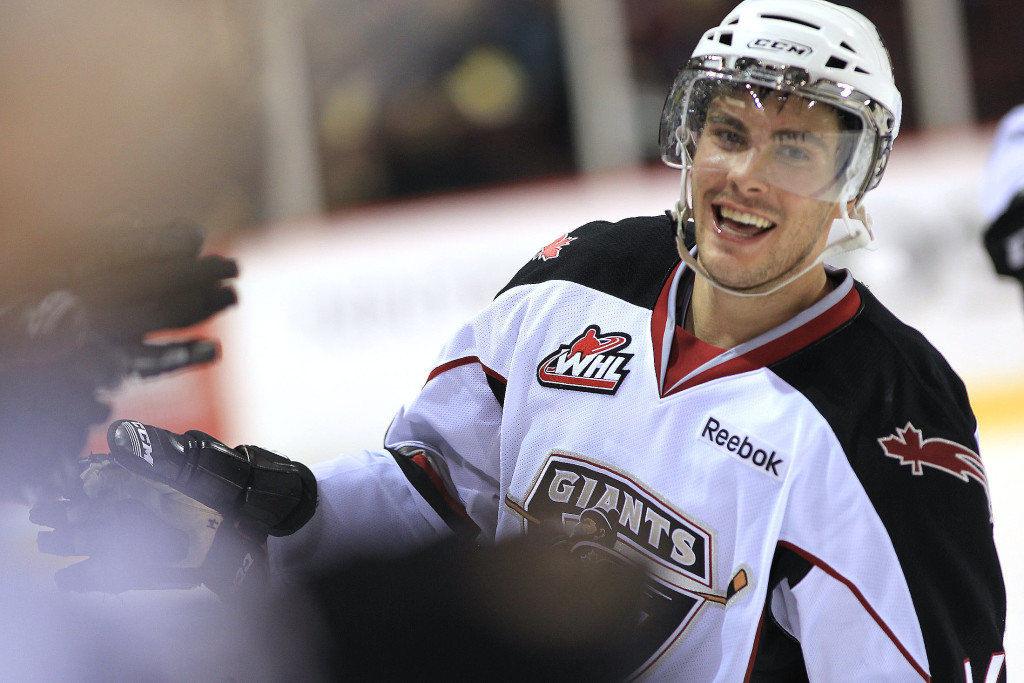 Until Brett Kulak scored, followed by a save from Tyler Fuhr in the shoot out, Friday nights Vancouver Giants game in Red Deer against the Rebels was as even as it possibly could have been.

The Giants won a hard fought close game 5-4 through 65 minutes of play and 4 rounds of shooters.
The game was even in goals and shots at the end of every period, 1-1 after one, 3-3 after two and 4-4 after both the third and overtime periods. Both teams finished with 31 shots on net.

Kulak and Trevor Cheek both had a goal and an assist, while Anthony Ast had two assists to pace an offense that has now scored 22 goals in the five games back from the Christmas break.  Cain Franson and Jackson Houck also scored for the Giants, who got a solid game in net from Fuhr.  He stopped 27 of 31 shots for his fourth win of the season.

Rob Trzonkowski, acquired on Wednesday from Kamloops and newly singed Luca Leone both played their fist games with the Giants.  Leone’s game was his first in the WHL, he picked up an assist.

The Giants will continue their Alberta road trip in Edmonton on Saturday, game time with the Oil Kings is 6 pm, the pre game show on the Team 1040 is at 5:30.

Goalie Payton Lee, plus skaters Reid Zalatach and Thomas Foster will join the team in Edmonton Saturday, all three are returning from playing in the Under 17 Championships in Quebec.. It’s unlikely they will arrive in time to play against the Oil Kings.