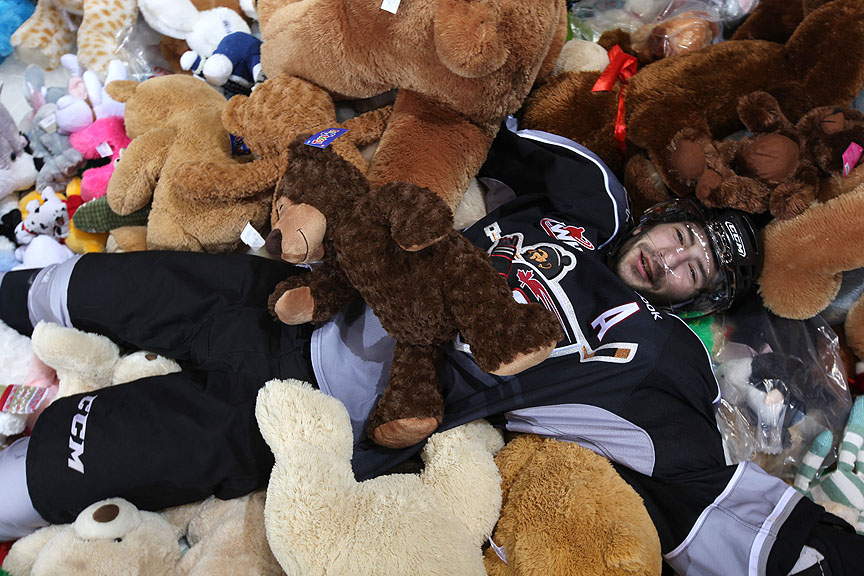 The Vancouver Giants held on to beat the Prince George Cougars 2-1 at the Pacific Coliseum on Friday, Teddy Bear Toss night.

The Giants got the teddy bears flying just 1:55 into the first period when Trevor Cheek scored the first goal of the game.

Before the first period ended, Prince George got a goal from Jari Erricson with just 11.6 seconds to go.

The second period saw no scoring from either team.

The teams were tied at one until 13:02 of the third period when Cain Franson scored the game-winning goal. Cheek earned his second point on the night with an assist.

Giants’ goalie Payton Lee stopped 30 of the 31 shots he faced and both teams were 0-for-3 on the powerplay.

Tonight’s Insurance Goal of the Game was scored by Cain Franson who scored in the third period to put the Giants up 2-1.