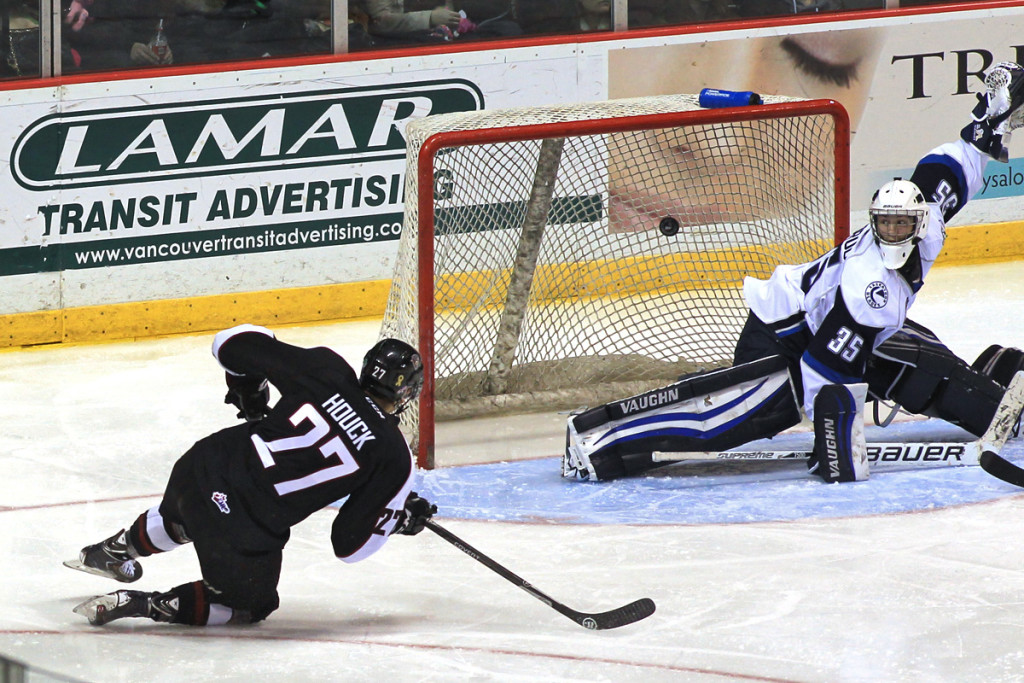 Jackson Houck scored the Teddy Bear Toss goal and the shootout winner as the Vancouver Giants came from behind to defeat the Saskatoon Blades 3-2 on Saturday evening. Jakob Stukel also rippled the mesh for the G-Men while Payton Lee made 22 saves and stopped all three Saskatoon shooters in the skills contest.

The Giants had the lion’s share of the pressure in the first period, but Blades goalie Nik Amundrud stood strong in the net, turning aside a number of good Vancouver chances. Nikita Soshnin opened the scoring for Saskatoon, against the run of play, in the second period when he chipped a rebound into the goal. Houck would equalize early in the third, causing the Teddy Bears to rain down from the stands. After the cleanup, the Blades took the lead again when Josh Uhrich scored from the top of the crease with under 10 minutes to go. However, Stukel would even the score with 5:32 remaining, beating Amundrud from in close, and eventually sending the game to overtime.

Neither team scored in the OT session, and Houck was the only goal scorer in the shootout as Lee denied the Blades to clinch the win.

Vancouver will return to action on Wednesday against the Prince Albert Raiders at the Pacific Coliseum. Face-off is set for 7:00pm. For tickets, click here or call 604-4-GIANTS (604-444-2687).