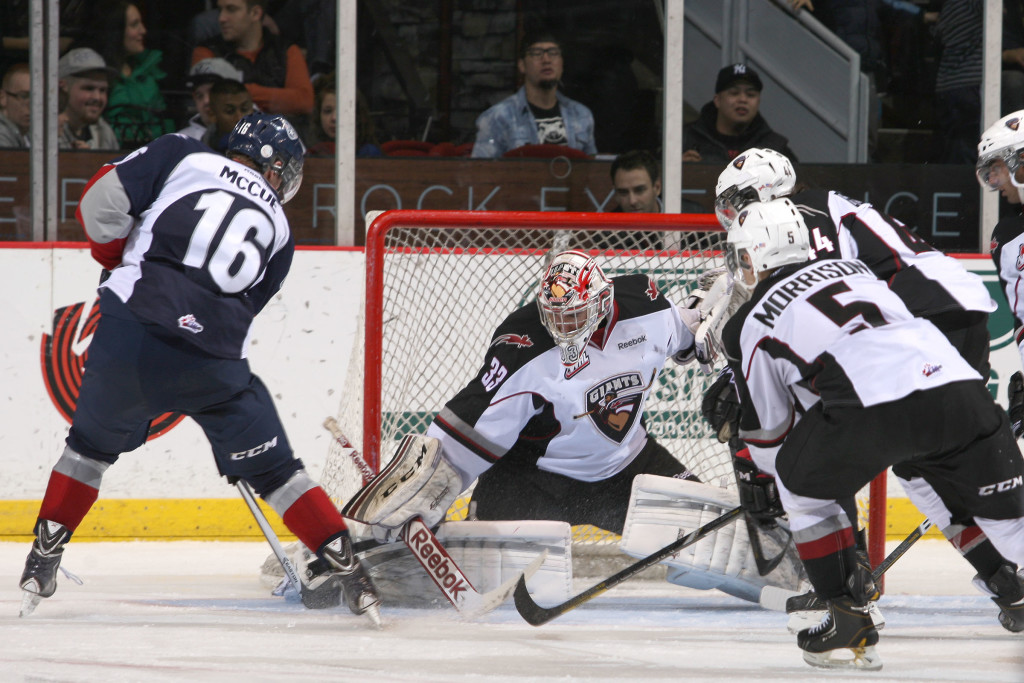 The Vancouver Giants got goals from 4 different players to help lift them to a 4-2 win over the Tri-City Americans Sunday night at the Pacific Coliseum.

Alec Baer opened the scoring early in the first period and Rob Trzonkowski added to the lead just over a minute later.

Dalton Thrower gave the Giants a 3-0 lead in the second period.

The Americans got on the board just 49 seconds into the third on a short-handed goal and added another in the late stages of the final frame.

Jackson Houck sealed the deal for the Giants with an empty net goal.

Jared Rathjen made 17 saves for the victory and the Giants had 35 shots on goal in the game.