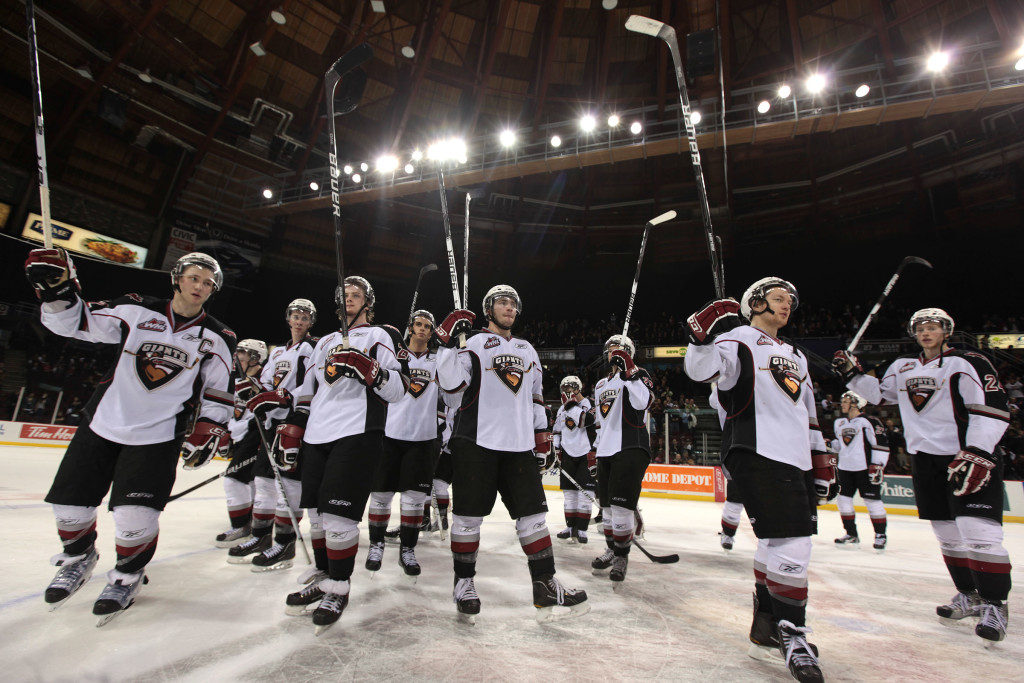 The Western Hockey League today announced the Pre-Season schedule for the 2011-12 season.  The schedule includes 64 games beginning on Tuesday, August 30 and concluding on Sunday, September 18.  The pre-season schedule also features three tournaments with the Edmonton Oil Kings and Everett Silvertips hosting tournaments on the September 2 – 5 weekend and the Tri-City Americans hosting their annual tournament over the September 8 – 10 weekend.

The 2011 WHL Pre-Season schedule also features games in 10 communities outside the 22 WHL Club markets, exposing the WHL to new fans across Western Canada.  In Alberta, WHL fans will have the opportunity to watch pre-season action in the Crowsnest Pass, Innisfail, Jasper, Lacombe, St. Albert, Stettler and Taber.  In British Columbia, the Vancouver Giants will host three games out of their practice facility in Ladner and the Victoria Royals will host a game in Maple Ridge.  In Saskatchewan, the residents of Shaunavon will have the chance to watch the Regina Pats and Medicine Hat Tigers square off along with the Swift Current Broncos and Prince Albert Raiders.