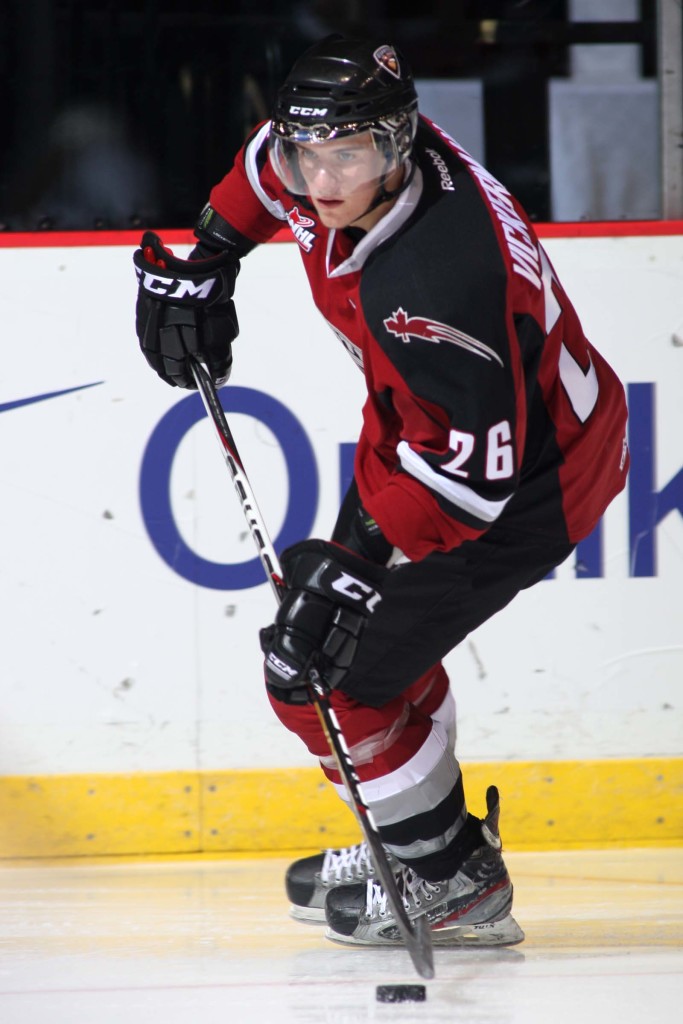 The Vancouver Giants have traded forward Taylor Vickerman to the Tri-City Americans for a second-round pick in the 2015 Western Hockey League Bantam Draft.

The Kennewick, Washington native was drafted in the sixth round by the Giants in the 2011 WHL Bantam Draft.

“Taylor requested a move and we felt a second was fair value,” said Giants’ Executive Vice President and General Manager, Scott Bonner. “We wanted to move on and focus on building our club for the present and future.”