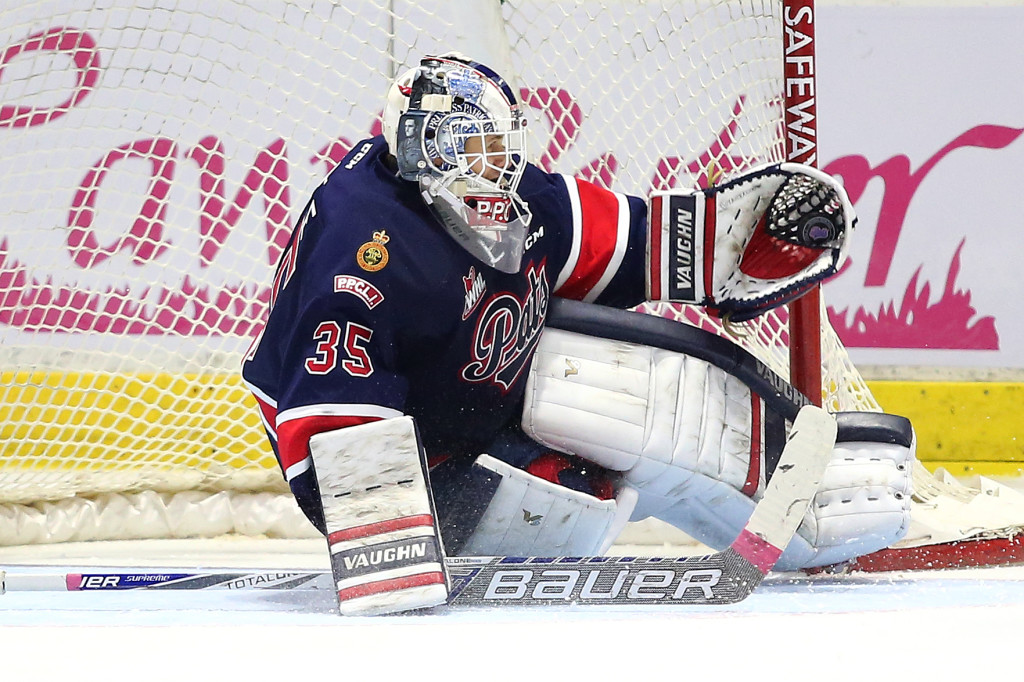 The Vancouver Giants announced on Thursday that the hockey club has acquired overage goaltender Daniel Wapple from the Regina Pats in exchange for a fourth round pick in the 2017 WHL Bantam Draft. As a result of the trade, the Giants have also waived 20-year-old forward Taylor Crunk.

“We’re excited to welcome Daniel to our hockey club,” said Giants Head Coach Lorne Molleken. “He’s an accomplished goaltender at our level that has been a big part of Regina’s success over the last couple of years. He’s also a goalie that I believe gives you a chance to win each and every night. We would also like to thank Taylor for his time with our club and wish him all the best going forward.”

Wapple was a fourth round pick of the Moose Jaw Warriors in the 2010 WHL Bantam Draft. The Saskatoon native has played in 128 career WHL games split between the Pats, Warriors and Medicine Hat Tigers. The 20-year-old puck stopper has gone 5-3-1-0 with Regina this season, putting up a 3.20 goals against average and a 0.907 save percentage.

The Giants will be back in action tomorrow night when they host the Kamloops Blazers on Canadian Armed Forces Night! For tickets, click here or call 604-4-GIANTS (604-444-2687).