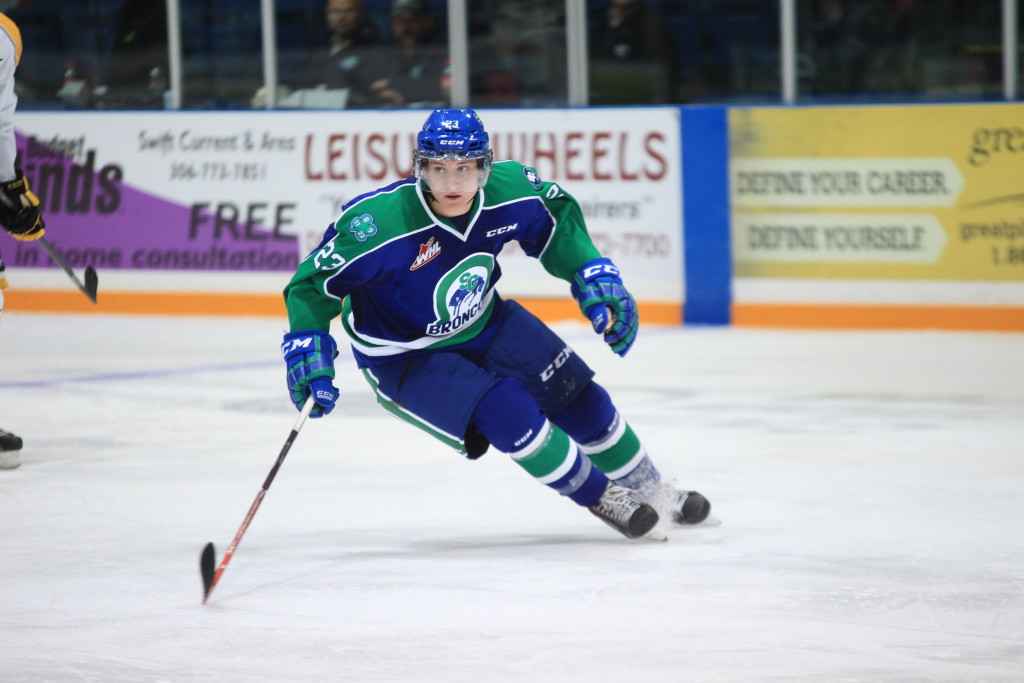 The Vancouver Giants Hockey Club announced on Thursday that the team has acquired 18-year-old forward Dakota Odgers from the Swift Current Broncos in exchange for a 5th round pick in the 2015 WHL Bantam Draft.

“We feel our team has to have more grit,” said Giants General Manager Scott Bonner. “Dakota is a tough player who is willing to go to the dirty areas, and we’re excited to add him to our group.”

Odgers, who is listed at 5-11, 182 lbs, has tallied two goals, one assist and 37 penalty minutes in 25 games with the Broncos this season. The native of Spy Hill, Saskatchewan is the son of Jeff Odgers who played 821 NHL games split between the San Jose Sharks, Boston Bruins, Colorado Avalanche and Atlanta Thrashers.