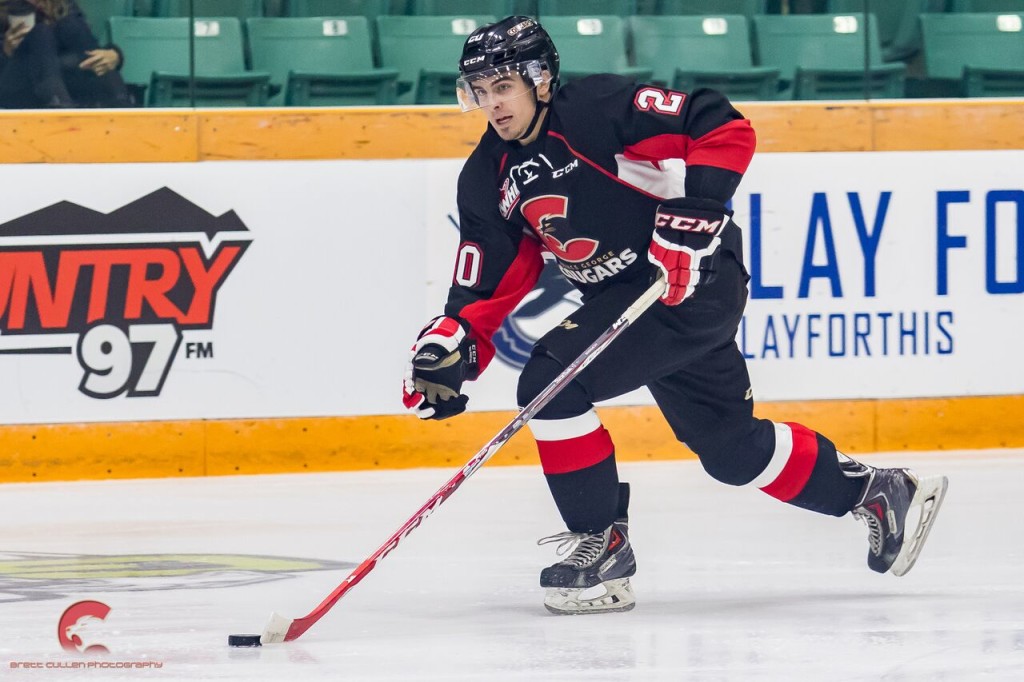 The Vancouver Giants announced on Thursday that the club has acquired 1997 born forward Haydn Hopkins from the Prince George Cougars in exchange for 1996 born defenseman Shaun Dosanjh.

“Haydn is a high intensity player who is difficult to play against,” said Giants Executive Vice President and General Manager Scott Bonner. “He will be a great fit with our group, particularly since Lorne Molleken knows him very well because he drafted him when he was the General Manager in Saskatoon. We’d also like to wish Shaun all the best in the future.”

Hopkins, a Victoria native, played 31 games for the Cougars last season, tallying two goals and five assists. The 18-year-old was a 12th round draft pick of the Saskatoon Blades in the 2012 WHL Bantam Draft. This season, Hopkins has suited up in two games for the Prince George club, picking up one assist.

Dosanjh, who hails from Richmond, was a Giants third round WHL Bantam Draft pick in 2011. The 19-year-old played in 38 games for Vancouver last season, scoring one goal and amassing 25 penalty minutes.