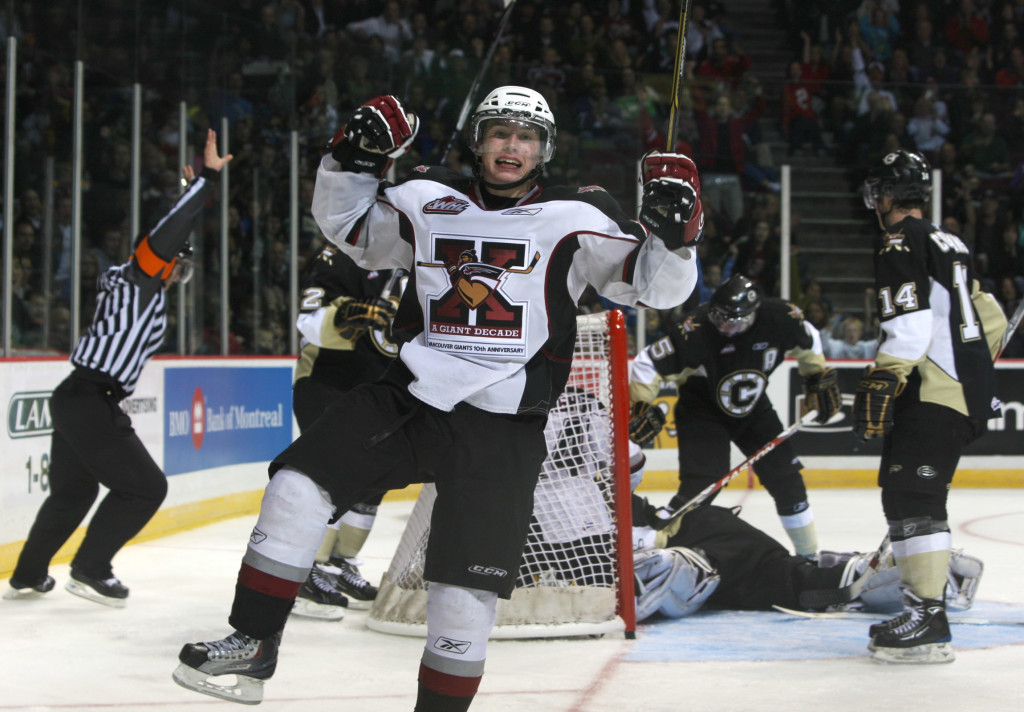 Even at 18 years of age, Vancouver Giants forward Brendan Gallagher understands the value of family, whether it’s his own or his extended family of teammates and coaches. The unconditional love and support he has received over his lifetime is a big reason why he has had so much success on and off the ice at such a young age.

Unfortunately one of Brendan’s biggest supporters, his grandfather Matt, won’t be around much longer to cheer on his grandson. The 74-year old is losing his battle with prostate cancer and currently is in the palliative care unit of an Edmonton hospital. However, just because there isn’t anything the doctors can do for his grandfather, doesn’t mean Brendan can’t try and do his part. This season he will donate $20 for every win the Vancouver Giants earn to prostate cancer research.

“My grandpa is and always will be an important part of my life,” said Brendan.” He has taught me a lot and I want to show everybody just how much he means to me. Not only do I want to do it for him, but for my Dad as well.”

Brendan’s father and Matt’s son, Ian, is also a member of the Giants organization. He is the team’s strength and conditioning coach. He said the decision to do this was a family idea. “Team sports is all about working with others”, said Ian. “What better way to show your support, then to align with a philosophy about everybody. If the team wins, then prostate research wins.” Ian and the rest of his family are no strangers to cancer. His mother Anne died 10 years ago, at the age of 61, after battling lung cancer.

With this initiative Brendan combines the two great loves in his life, the game of hockey and most importantly, family. A gesture of support that will honour his grandfather and the memories they have shared together. A gesture that will make the family patriarch will be proud.