Geertsen and Houck Ranked in the Top 25 WHL Skaters 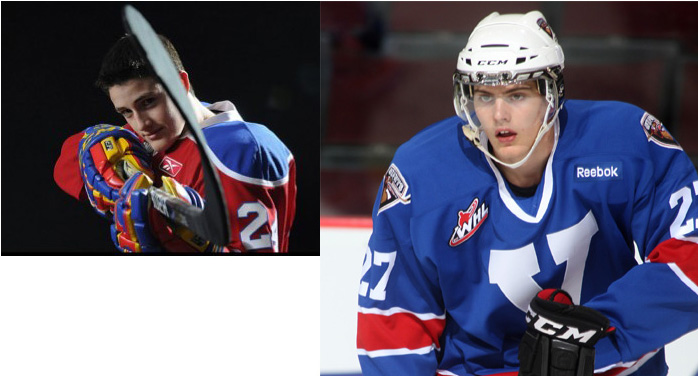 The Vancouver Giants are proud to announce that defenceman Mason Geertsen and right-winger Jackson Houck have been ranked 16th and 21st, respectively, amongst WHL skaters in NHL Central Scouting’s fall preliminary rankings for the 2013 NHL Draft.

Geertsen, who was acquired from the Edmonton Oil Kings earlier this season, has 1 goal and 2 assists (3 points) in 8 games with the Giants.

Houck, in his second season with the team, is currently second in scoring with 4 goals and 17 assists (21 points) in 22 games.