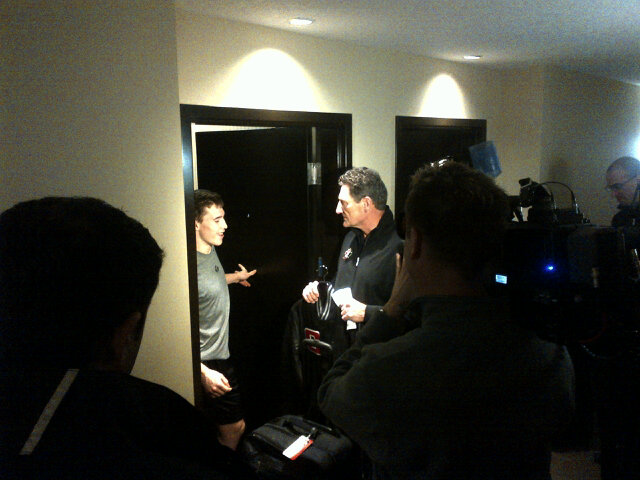 Vancouver Giants’s forward Brendan Gallagher will join head coach Don Hay as a member of Team Canada for the 2012 World Junior Champioinships. Gallagher received the word bright and early Wednesday morning from his head coach and as usual he had a huge smile on his face. Following last night’s game against the CIS All-Stars, which Gallagher did not play in, the team was cut down from 35 to 22 players. If you count former Prince George Cougar and current Tampa Bay Lightning forward Brett Connolly, Gallagher is 1 of 6 WHL players named to this year’s team.