Gallagher Picks Up A Point In Habs Debut 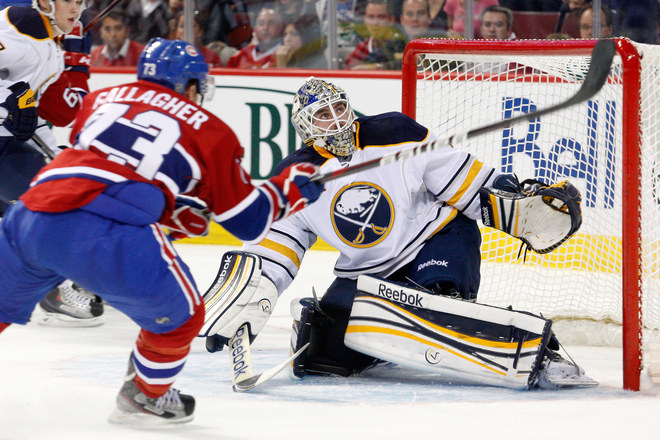 Wearing #73, Brendan Gallagher didn’t disappoint the Montreal faithful as he picked up an assist in his debut in a Canadiens uniform. The 19 year old had 17:00 of ice time and was an even in the Habs 3-1 loss to the Sabres.

“I was definitely nervous in the first period and spent most of it just chipping pucks in and trying not to make a mistake,” confessed a grinning Gallagher. “As the second and third periods came along though, I got more comfortable and started to be able to do some of the other things that I know I’m capable of.”

The Canadiens will play 3 games in 3 nights beginning on Friday evening vs. Ottawa. They take on the Senators again on Saturday and the Bruins on Sunday in Halifax, Nova Scotia.