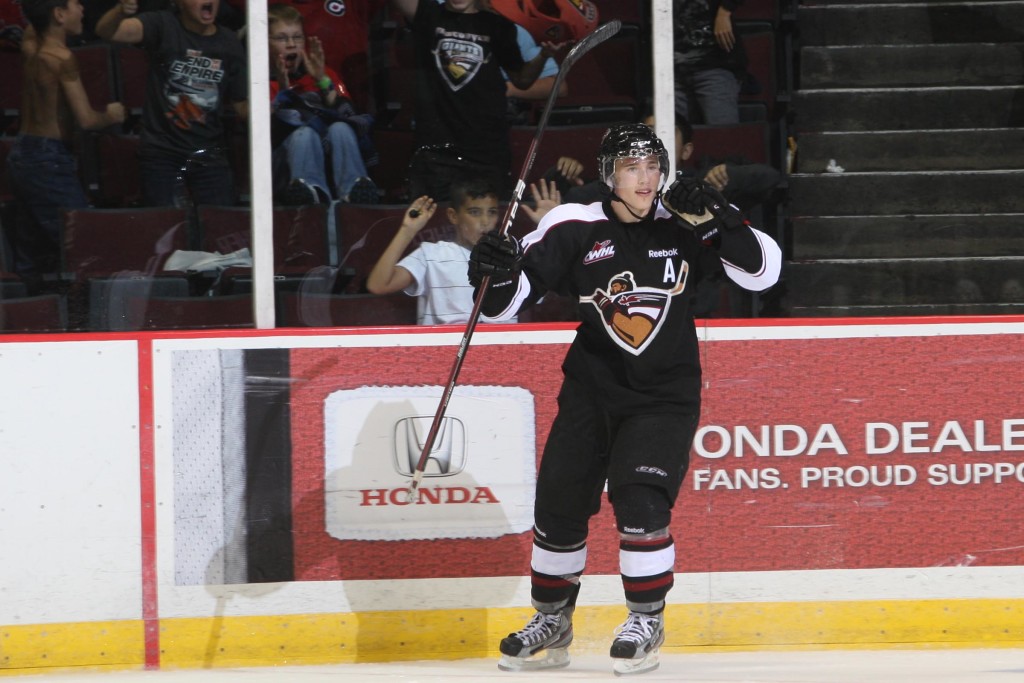 The Western Hockey League announced today that Vancouver Giants forward Brendan Gallagher is the WHL Player of the Week.

The Montreal Canadiens draft pick now has points in 8 of the 9 games he has played in and is tied for 3rd in the league with 10 goals on the season.

The Giants are back in action on Tuesday night at the Pacific Coliseum for the first of three straight games vs. the Prince George Cougars. It is the first meeting of the season between the B.C. division rivals.