Gallagher Named All-Star And Humanitarian of The Year Nominee 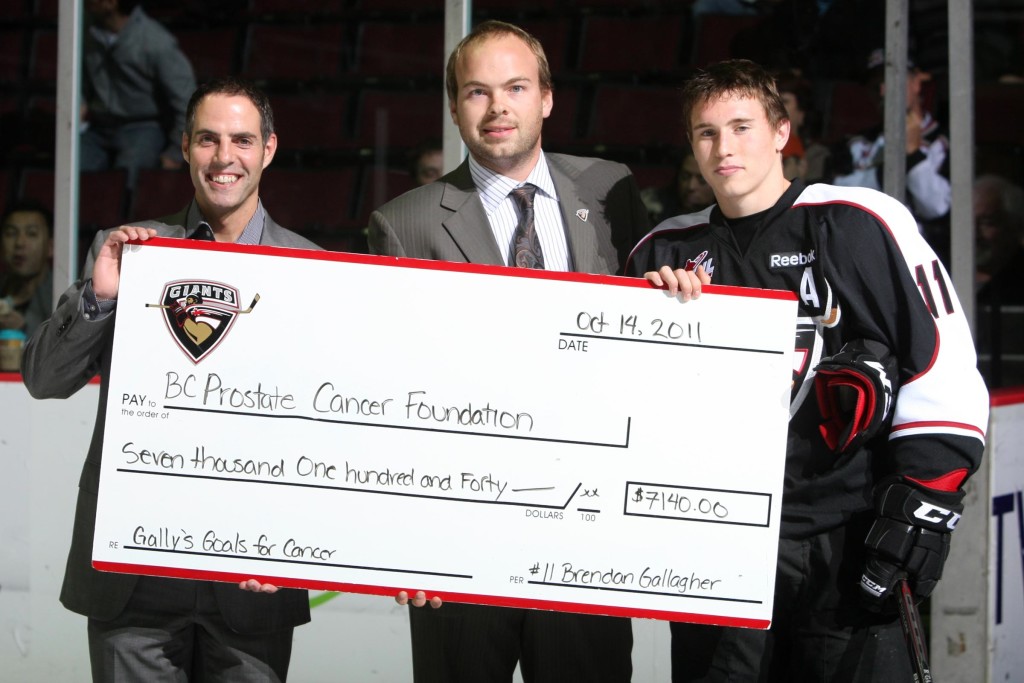 For the second straight season Vancouver Giants forward Brendan Gallagher was named a 1st Team Western Conference All-Star. The 19 year old scored 41 goals to go along with 36 assists and 77 points in just 54 games. In is 4 years with the Giants he has set franchise records in career goals with 136 and points with 280. Gallagher is joined on the 1st team by Tri-City Americans forward Brendan Shinnimin and goaltender Ty Rimmer, Portland Winterhawks forward Ty Rattie and defenceman Joe Morrow, and Spokane Chiefs blueliner Brenden Kichton.

Gallagher was also named the Western Conference Nominee for the Doug Wickenheiser Memorial Trophy as the Humanitarian of the Year. Following the death of his grandfather due to prostate cancer in 2010, Gallagher started Gally’s Goals For Cancer to raise money and awareness for prostate cancer. Over the last two seasons Brendan has donated $20 for every Vancouver Giants victory, while the organization has donated $100 for every goal he has scored. In the last two years Brendan has helped raise over $10,000 for the Prostate Cancer Foundation of BC. As well, Brendan is heavily involved in the Giants ‘Read To Succeed’ program which encourages reading and exercise in elementary schools across the Lower Mainlaind. Taylor Vause of the Swift Current Broncos is the Eastern Conference Nominee.

The winners of these awards along with the WHL Player of the Year will be announced at the 2012 WHL Awards Luncheon in Calgary, Alberta on Wednesday, May 2nd, 2012.

The WHL Eastern and Western Conference All-Star Teams are as follows: