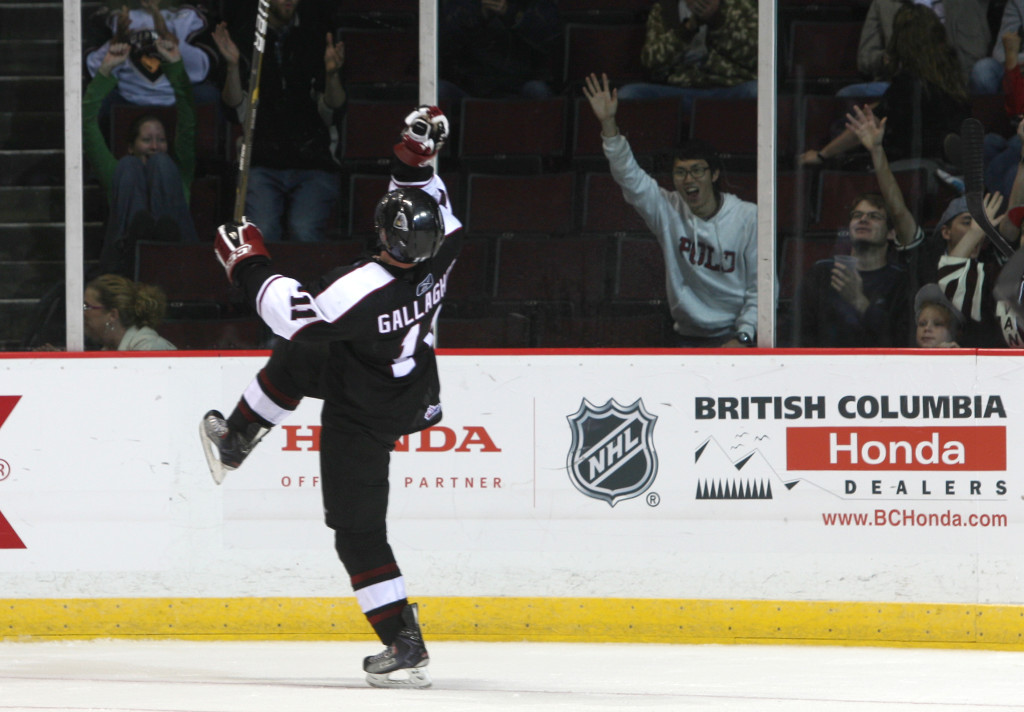 In 26 games this season, Gallagher is 2nd in the league in goals with 22 and 6th in the league in scoring with 38 points. Originally a 9th round pick in the 2007 WHL bantam draft by Vancouver, the 18 year old is in his 3rd season with the organization. He took part in Canada’s summer evaluation camp in Newfoundland and is looking to become just fourth player in franchise history to represent Canada at the World Junior Championships. Cody Franson and Kenndal McArdle won gold in 2007 and Evander Kane won gold with Canada at the 2009 World Junior Championships in Ottawa.