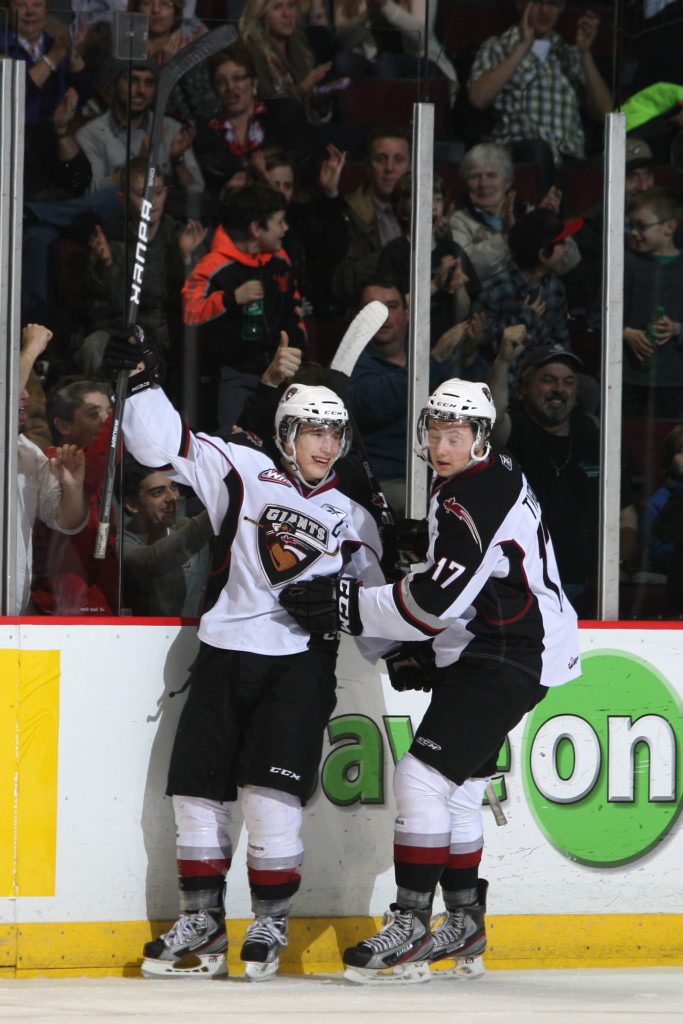 The Vancouver Giants would like to congratulate former Captain Brendan Gallagher on a great season with the Montreal Canadiens, and for being the first Giants alumnus to be nominated for an individual National Hockey League award.

Gallagher was nominated for the Calder Memorial Trophy for Rookie of the Year and came in second in votes behind Flordia Panthers forward Jonathan Huberdeau.

The 5’9″, 170lbs right-winger played 44 games with the Montreal Canadiens this past season, registering 15 goals and 13 assists for a total of 28 points.

Gallagher played four seasons with the Giants and holds the record as the Giants’ all-time leading scorer with 280 points (136 goals, 144 assists) in 244 games.