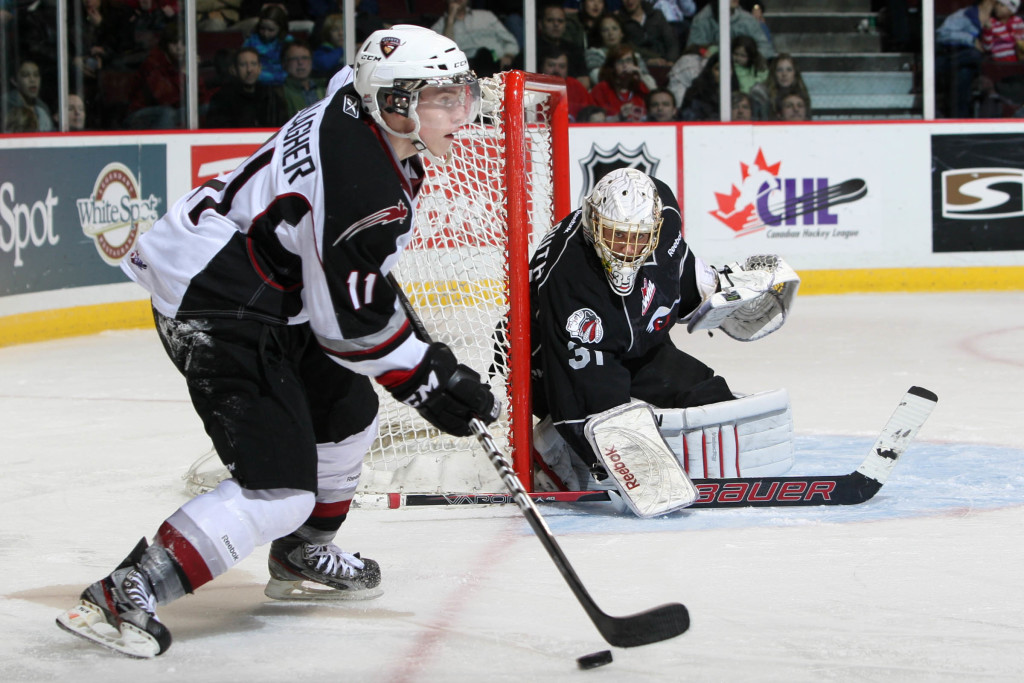 Brendan Gallagher continues his quest to become the all-time leader in Vancouver Giants franchise history in goals, assists, and points Friday night when the Giants play host to the Everett Silvertips. In his 4th season with Vancouver the 19 year old has played in 227 career regular season games in a Giants uniform. Gallagher has 125 career goals, 1 goal shy of tieing Adam Courchaine for the franchise record, 138 assists, 17 helpers fewer then Jonathon Blum, and 263 points, only 10 points away from equaling the mark of 273 career points set by Adam Courchaine.

Originally selected by the Montreal Canadiens in the 5th round of the 2010 NHL Entry Draft, Gallagher signed a three year entry level contract with the Habs on November 16, 2011. He played 5 exhibition games with the Canadiens, recording 1 assist.

The Giants currently sit in 5th place in the Western Conference with 18 games remaining in their regular season schedule, 9 at home and 9 on the road.