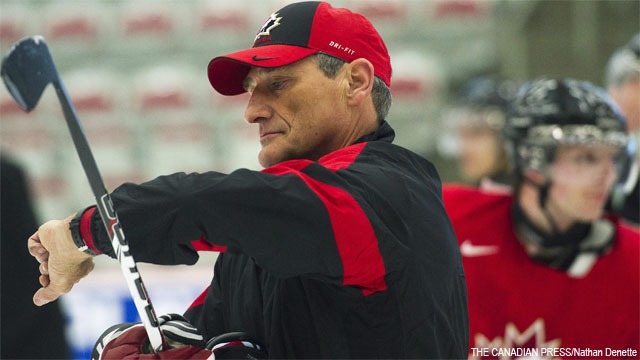 Boone Jenner of the Oshawa Generals, Mark Stone of the Brandon Wheat Kings and Brendan Gallagher of the Vancouver Giants scored in the first of three exhibition games Canada will play before opening the tournament Sunday in Edmonton.

Mark Visentin of the Niagara IceDogs stopped 22 shots in Canada’s net for the win.

Canada’s 22-player team was announced last week and has been training and team building since then in Banff, Alta.

“I thought we were a little bit nervous at the start,” Hay said. “I thought we stuck with it and got better. That’s a real good sign. I thought Mark Visentin played really solid for us and as the game went on, he made some real big saves for us.”

The Canadian team was to return to Banff after the game. Canada travels to Red Deer, Alta., for a pre-tournament game Thursday against Switzerland, followed by a final tune-up Friday in Edmonton versus Sweden.