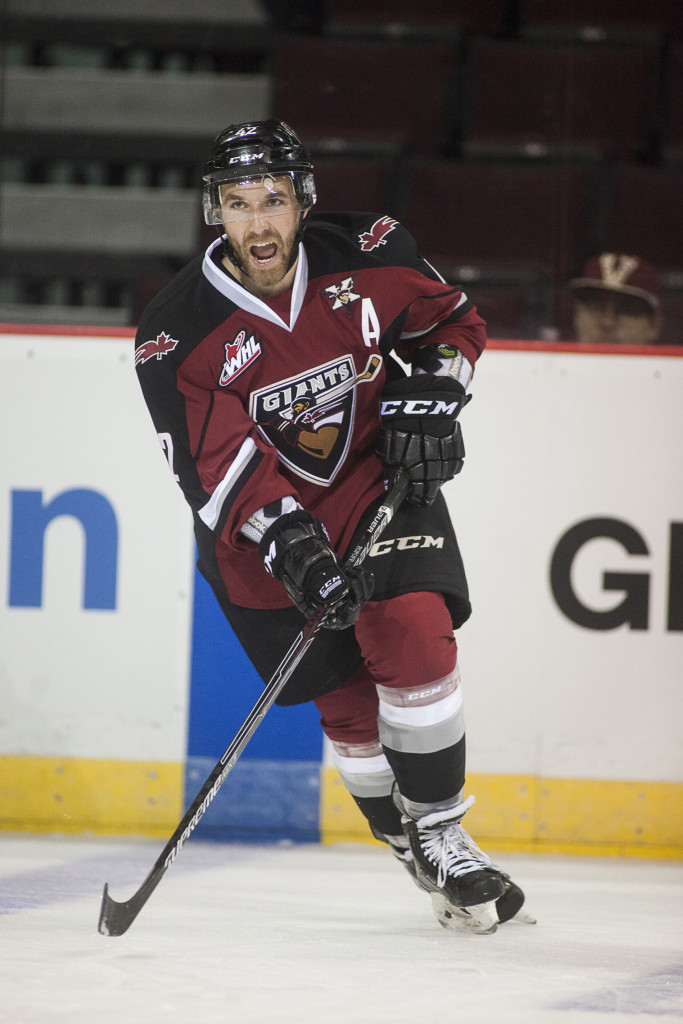 The Vancouver Giants lost their first game of the 2015/16 season in regulation on Tuesday evening, falling 8-3 to the defending Eastern Conference Champion Brandon Wheat Kings at Westman Place. Carter Popoff scored twice in the loss while Clayton Kirichenko also found the back of the net. The Giants are now 3-1-0-1 on the season.

The Wheat Kings took an early 2-0 lead in the first period, getting goals from Reid Duke and Jayce Hawryluk. However, the G-Men fought back to tie the game. Popoff scored both of his goals in the latter half of the frame to make it 2-2. John Quenneville restored Brandon’s lead a few minutes later, scoring on a 5-on-3 power play with just six seconds left in the period.

The Brandon club added two more goals in the middle frame to extend the lead as Quenneville found the net again and Nolan Patrick bagged his first of the season. Kirichenko pulled Vancouver back to within two goals when he scored on a point shot on the power play, but the Giants still trailed 5-3 after 40 minutes.

Vancouver went 1-for-2 on the man advantage while the Wheat Kings were 2-for-5.

Giants goaltender Ryan Kubic stopped 35 of 43 shots in the losing cause.

The Giants will return to action on Wednesday night when they visit Brayden Point and the Moose Jaw Warriors. Puck drop is slated for 6:00pm. Catch the action on TSN1040.ca.