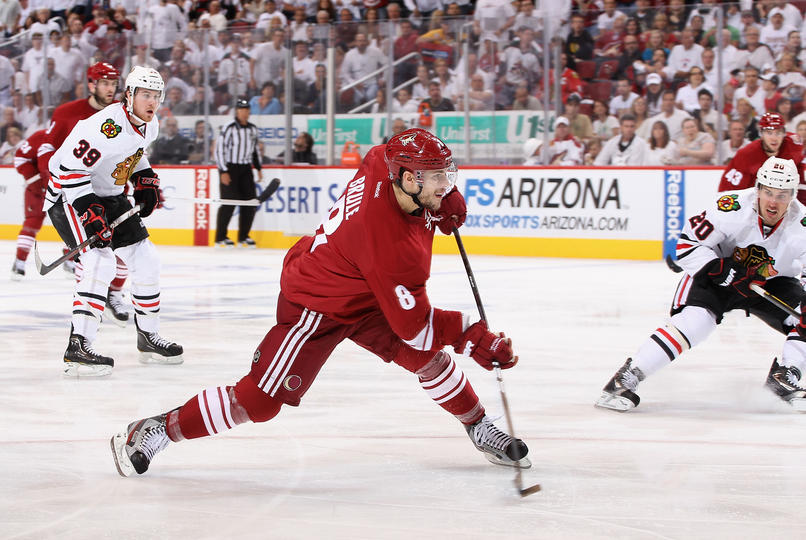 Two Giant Alumni remain in hot pursuit of the Stanley Cup as the First Round of the NHL Playoffs comes to a close.  Gilbert Brulé of the Phoenix Coyotes and Andrej Meszaros of the Philadelphia Flyers have already booked their tickets to Round 2, and will look to become the second former Vancouver Giant to hoist the Stanley Cup, after Milan Lucic of the Boston Bruins became the first to have that honour last spring.

Meszaros has been sidelined with an injury since mid-March, but is back skating with the Flyers in hopes of returning to action in Round 2 against a yet-to-be-determined opponent. It would undoubtedly give a boost to Philadelphia’s battered blueline, although that didn’t seem to matter in their First Round match-up against the Pittsburgh Penguins.

Brulé on the other hand contributed significantly to Phoenix’s First Round victory over the Chicago Blackhawks. Brulé tallied 2 goals and 1 assist in 5 games, after putting up 5 goals and 9 assists in 33 regular season games. The Coyotes claimed Brulé off waivers earlier this season, and so far he’s making the most of his first Stanley Cup Playoff appearance after spending previous springs on the sidelines with Columbus and Edmonton.

Of course Giants fans will remember Brulé’s playoff heroics very well, as he led the team to their first WHL Championship and Memorial Cup berth in 2006. Brulé still holds the Giants playoff records (single-season and career) for goals, points, and game winning goals. He also earned WHL Playoff MVP honours in 2006 and was the leading scorer at the 2006 MasterCard Memorial Cup tournament.

The Vancouver Giants wish both players good luck in Round 2!