Former Captain Joins U of M 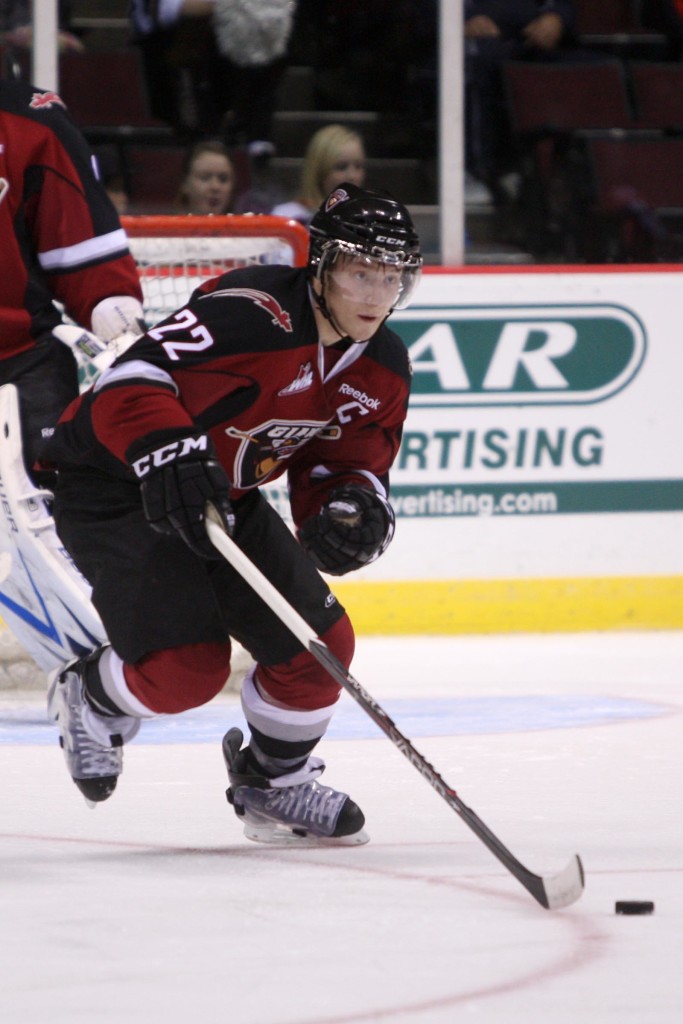 The Vancouver Giants would like to congratulate former captain James Henry on his decision to capitalize on the WHL Scholarship Program by attending the University of Manitoba this fall.

After a late-season trade earlier this year, the five-year veteran left the Giants among the career in leaders in games played, and actually holds the team record for short-handed goals in a career (10). The Winnipeg native will join fellow ex-Giant team mates Brendan Rowinski and Darren Bestland on the Bisons Men’s Hockey Team.

Henry becomes the second Giant Alumni to head to the CIS this spring, as earlier in the off-season Neil Manning committed to the University of British Columbia.