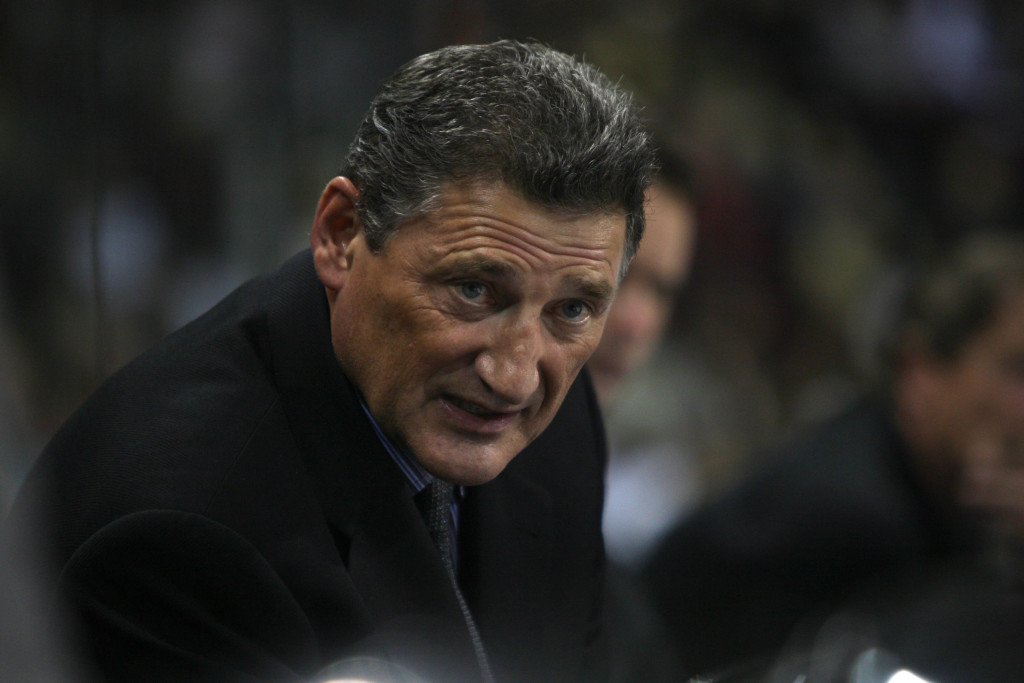 Head coaching duties for the series have been assigned to Team Canada Head Coach Don Hay of the Vancouver Giants who will serve behind the bench for Team WHL, Yanick Jean of the Victoriaville Tigres and Patrick Roy of the Quebec Remparts will split games for Team QMJHL, while in Ontario, National Junior Team Assistant Coach Scott Walker of the Guelph Storm will lead Team OHL.

The SUBWAY® Super Series features regional teams of CHL All-Stars competing against the Russian National Junior Team in a six-game event serving as an integral part of the identification process for Team Canada prior to the IIHF World Junior Hockey Championship.  Last season, Team Russia emerged with the series win for the first time in eight years of this event and would later win gold over Canada at the 2011 IIHF World Junior Hockey Championship in Buffalo, NY.

Don Hay will work the final two games of the series as Head Coach for Team WHL with Game Five set for November 16 in Regina, SK, and Game Six taking place in Moose Jaw, SK, November 17.  This season marks the second time Hay will serve as Head Coach for Canada’s National Junior Team previously winning gold the last time the event was held in Alberta in 1995 when hosted by Red Deer.  Hay’s coaching record in the WHL is among the best ever currently ranking fourth overall in wins, capturing three MasterCard Memorial Cup titles including 2007 with the Giants.

National Junior Team Assistant Coach Ryan Huska of the Kelowna Rockets and Saskatoon Blades Head Coach Lorne Molleken will join Hay behind the bench as Assistant Coaches for both Team WHL games.  Huska is participating in this event for the third straight year with this season marking his second as a member of Team Canada’s staff.  This is Huska’s fifth season as Head Coach of the Rockets winning a WHL Championship in 2009.  He also won three Memorial Cups as a player with the Kamloops Blazers and added a fourth title in 2004 as an Assistant Coach with the Rockets.  Molleken re-joined the Blades staff for the 2004-05 season after leaving the club in 1995 to pursue various professional coaching opportunities which included two seasons as an NHL Head Coach with the Chicago Blackhawks from 1998-2000.  Prior to becoming a coach Molleken played in the WHL as a goaltender with the Swift Current/Lethbridge Broncos and the now defunct Winnipeg Clubs.

Yanick Jean will open the series behind the bench for Team QMJHL when the series opens November 7 in Victoriaville, QC, with Patrick Roy serving as assistant.  The two coaches will switch roles for Game Two when the series moves to Quebec City, QC, on November 9.

Jean, who graduated from the CHL after four seasons with the Chicoutimi Sagueneens in 1996 is currently enjoying his ninth season as a coach in the QMJHL and fifth as Head Coach of the Tigres.  Roy is in his seventh straight season as the Remparts Head Coach winning a MasterCard Memorial Cup title in his first season beind the bench in 2006, the same year the former NHL goaltender was inducted into the Hockey Hall of Fame.

Scott Walker will serve behind the bench for both Team OHL contests beginning with Game Three of the series November 10 in Ottawa, ON, and then again in Game Four November 14 in Sault Ste. Marie, ON.  In his first full season as Head Coach of the Storm, Walker joined the club midway through last season after retiring from an NHL career where he appeared in 829 games with Vancouver, Nashville, Carolina, and Washington.

Joining Walker’s staff will be Canada’s National Junior Team Assistant George Burnett of the Belleville Bulls and Chris Byrne of the Ottawa 67’s who will both serve as Assistant Coaches for the game in Ottawa, while Sault Ste. Marie Greyhounds Head Coach Mike Stapleton will serve as an Assistant Coach for the game in Sault Ste. Marie.  This marks the second straight year Burnett will be involved in the series as well as the National Junior Team program.  On October 13 Burnett coached in his 1,000th career OHL game.  Byrne is in his sixth season with the 67’s and third as Head Coach following Hockey Hall of Fame member Brian Kilrea.  This season Byrne added General Manager to his title following Kilrea’s retirement.  Stapleton, who enjoyed 697 career NHL games, is currently in his first season as Head Coach with the Greyhounds.  The former Cornwall Royal previously served as an Assistant with the Hounds from 2008-10 after three seasons with the Erie Otters.  Last season he worked in the AHL as an Assistant Coach with the Syracuse Crunch.

***The Team WHL rosters will be announced next week.

The 2011 SUBWAY® Super Series is supported by CHL associate sponsors, Bank of Montreal and CCM.

For more information about the event and tickets please visit www.subwayseries.com