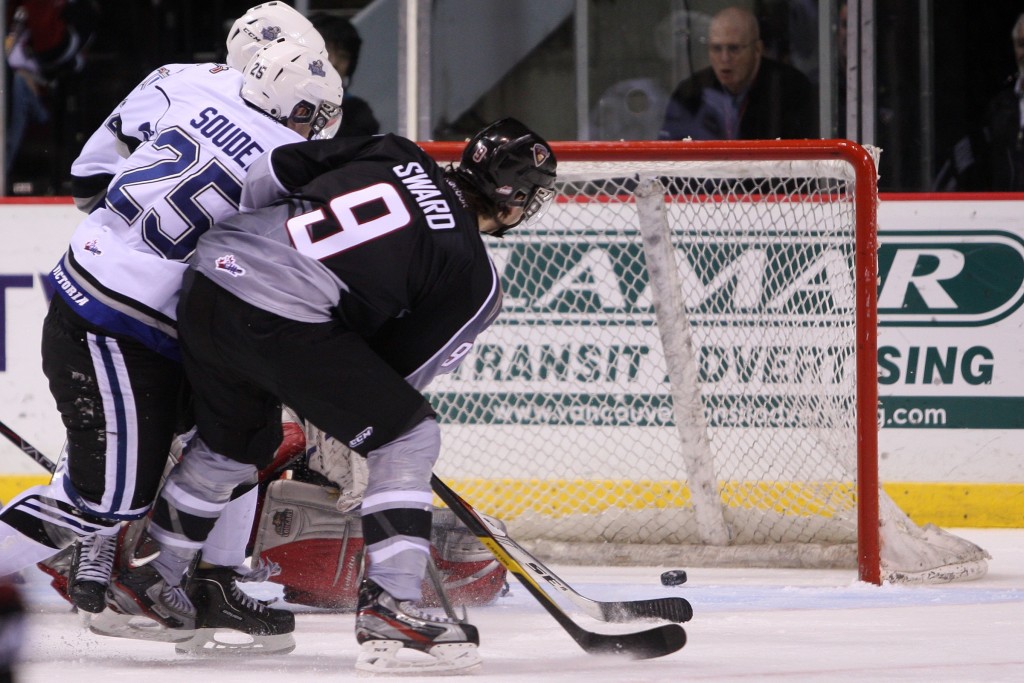 The Vancouver Giants are pleased to announce that forward Dalton Sward will attend the Vancouver Canucks Prospect Development Camp running June 29 through July 2 here in Vancouver.

Sward will join fellow Giant Cain Franson at the camp. Like Franson, Sward was not selected in last weekend’s NHL Draft, but still earned an invitation to the camp as a free agent invitee.

The Abbotsford native has two full seasons under his belt with the Giants, compiling 21 goals and 17 assists in 117 career games. The gritty 18-year-old forward lists his hometown Canucks as his favourite NHL team, so this weekend will surely be a huge thrill as well as a great opportunity to show he belongs among the elite prospects in junior hockey.

Sward was the Giants 1st Round pick, 21st overall in the 2009 WHL Bantam Draft.