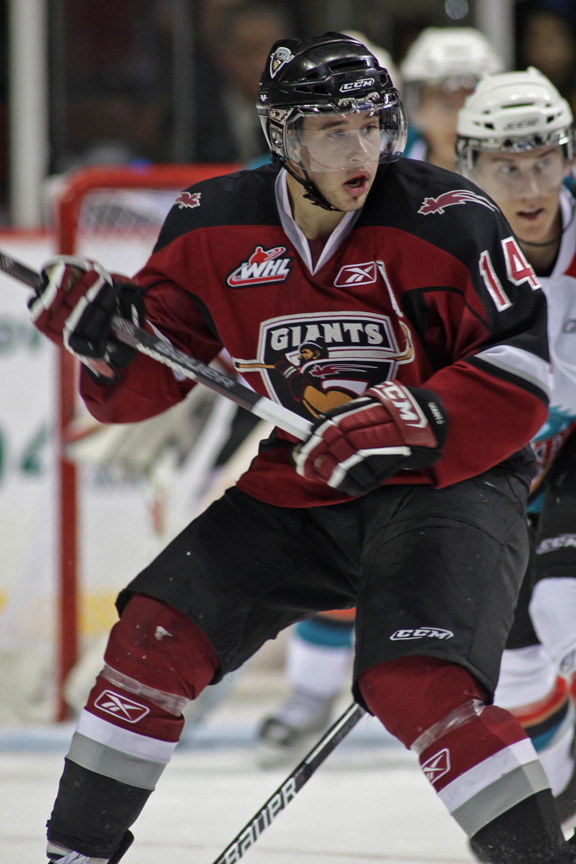 Vancouver, B.C. – Vancouver Giants Head Coach Don Hay is pleased to name Craig Cunningham team captain. Cunningham becomes the 9th captain in franchise history. Originally selected by the Giants in the 7th round of the 2005 WHL bantam draft, the Trail, B.C. native is entering his 5th and final season with the club. The 20-year old went to training camp with the Boston Bruins, but was unable to sign a deal and so will return to Vancouver for the start of the season.

“We are ecstatic to have Craig back for another year,” said Hay. “He understands the identity of this team better than anybody and knows exactly what it takes to win at this level. He epitomizes the type of player our young guys can look up to and model their game after.”

Last season, Cunningham finished 6th in the league in scoring with 37 goals, 60 assists, and 97 points. He was named a Western Conference first team all-star and the Western Conference Player of The Year. Thanks in large part to his outstanding season, he was selected by the Boston Bruins in the 4th round, 97th overall in the 2010 NHL entry draft. He is also the last remaining player from the Giants 2007 Memorial Cup Championship team.

“It’s a honour to be named captain of such a first class organization,” said Cunningham. “There have been a lot of great captains before me and I hope to carry on the tradition.”

Cunningham will lead the Giants into their 10th anniversary season this Friday when they open the 2010-2011 WHL regular season on home ice vs. the Chilliwack Bruins. Game time is 7:30pm at the Pacific Coliseum.