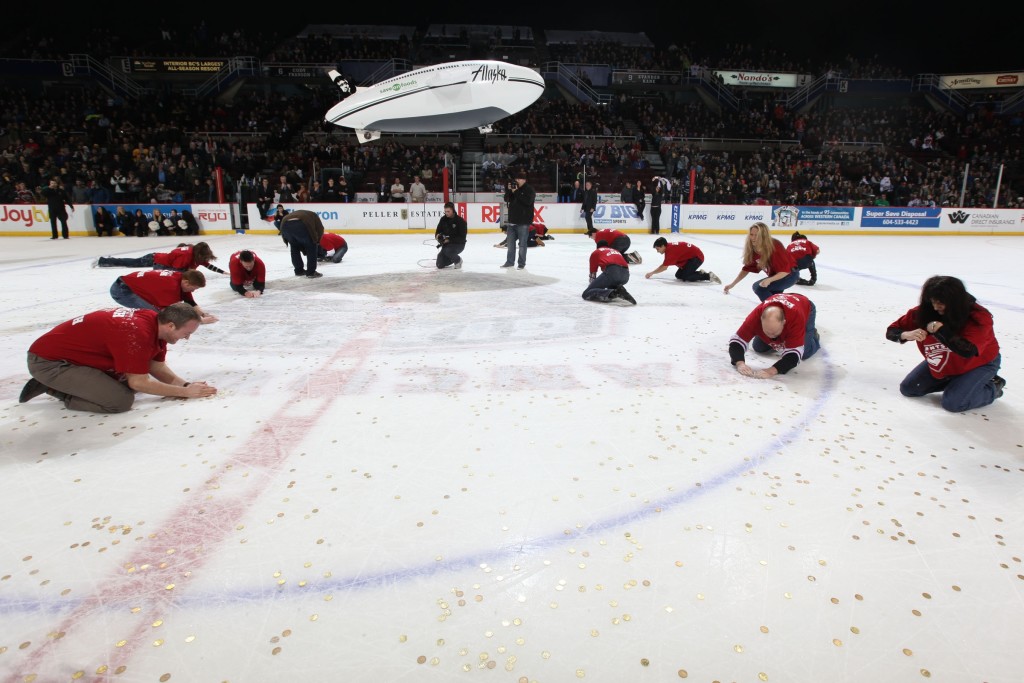 A guy named “Scott” was once again crowned the Vancouver Giants Celebrity Dash for Cash Champion . . . but for a change, his last name wasn’t “Rintoul”.

Captain Scotty from CFOX’s Jeff O’Neil Show took this year’s title with an amazing haul of 476 loonies in only 60 seconds, winning comfortably over 3-time Champ Scott Rintoul from TEAM 1040 and Stu Walters from CKNW.

But the best result though is that our 10 celebrities picked up a total of $2,745 for their charities of choice, and with the Giants matching that total it means that $5,490 was raised for some great local charities!

Here’s a complete list of results, which are unofficial until validated.

A “GIANT” thank-you to all of our participating celebrities, our media partners, and to everyone who came out to cheer them on!