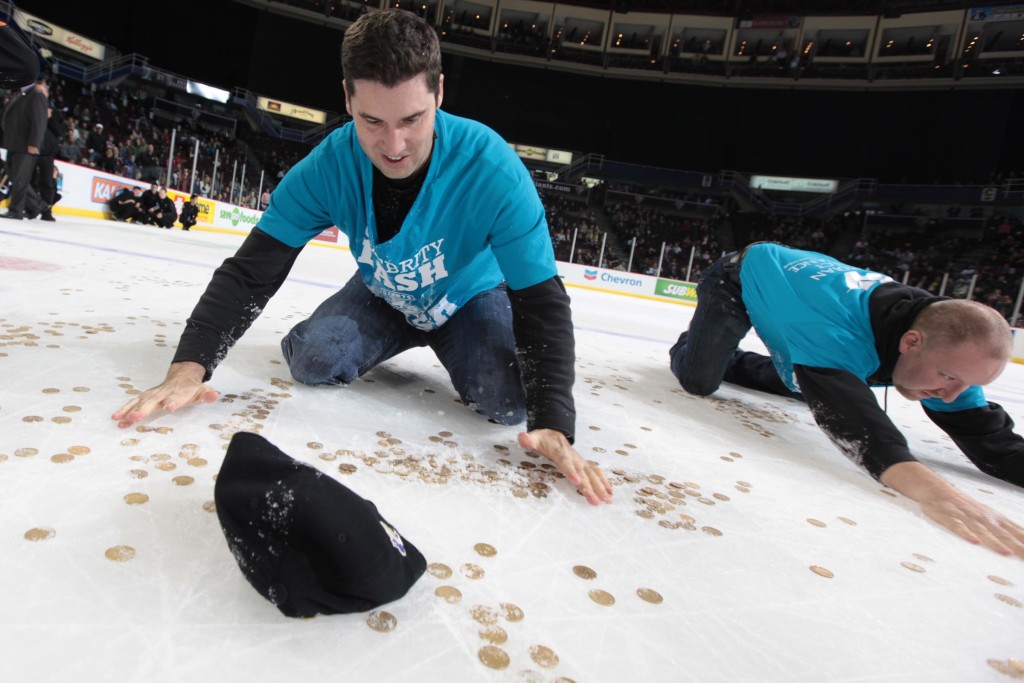 The Vancouver Giants annual Celebrity Dash for Cash is back this Friday night – January 18 – when the Giants host the Victoria Royals at 7:30pm!

During the second intermission, we’ll bring 12 random lucky fans down to the ice where they will join a group of local media celebrities for this year’s event.

15,000 frozen loonies will be spread across center ice, and our contestants will then have 60 seconds to pick up as many as possible. Fans will get to take home whatever they pick up, while our celebrities will be playing for their charities of choice. The Vancouver Giants will also match the celebrity totals as a further donation to their causes.

Global BC’s Jay Durant took home last year’s title after previous 3-time champion, TEAM Radio’s Scott Rintoul, was unable to attend. This time around the tables will be turned – Durant is unable to attend in defence of his crown, while Rintoul hopes to make a triumphant return to the ‘Rink on Renfrew’.

Here is a list of this year’s media celebrities, along with their chosen charities:

How many loonies could YOU pick up in 60 seconds? Maybe you’ll find out this Friday night!