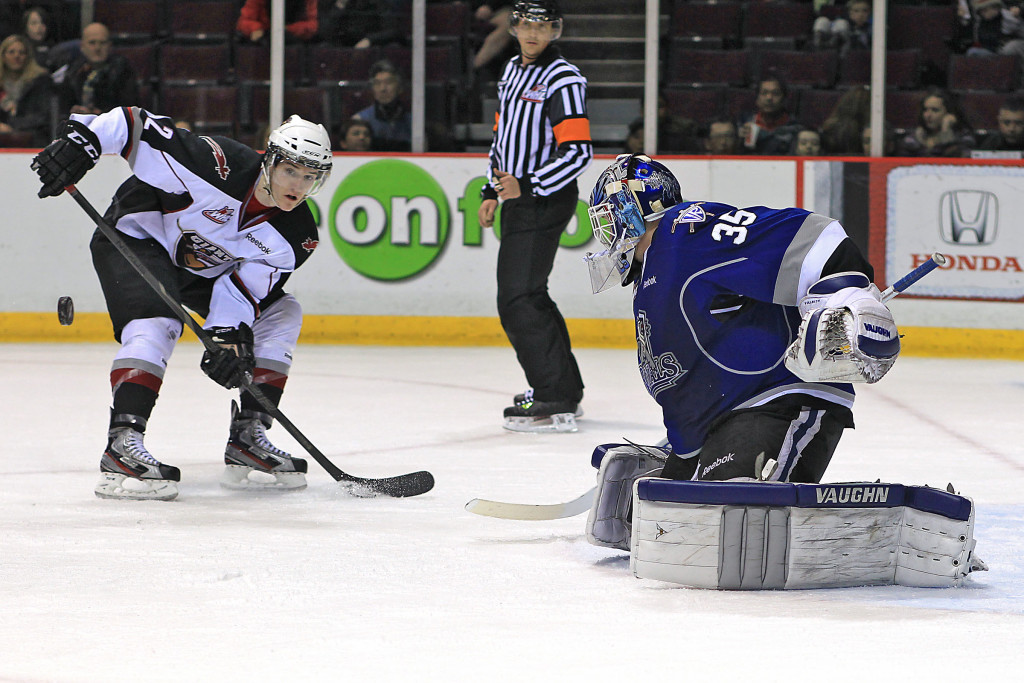 The Vancouver Giants are pleased to announce that forward Cain Franson will attend the Vancouver Canucks Young Stars Classic set to take place from September 5, 2013 to September 9, 2013 in Penticton.

The Sicamous, BC native took part in the Canucks’ prospect camp in 2012 and finished the 2012/13 season with 29 goals and 25 assists (54 points) in 60 regular season Western Hockey League games.

“I’m very excited for the opportunity,” said the 20-year-old centre. “It was a long off-season and I did lots of training, so it was exciting to get the call. I got a call earlier in the week and I gladly accepted it. The news definitely made my week.”

Franson will be going into his fourth season with the Giants.